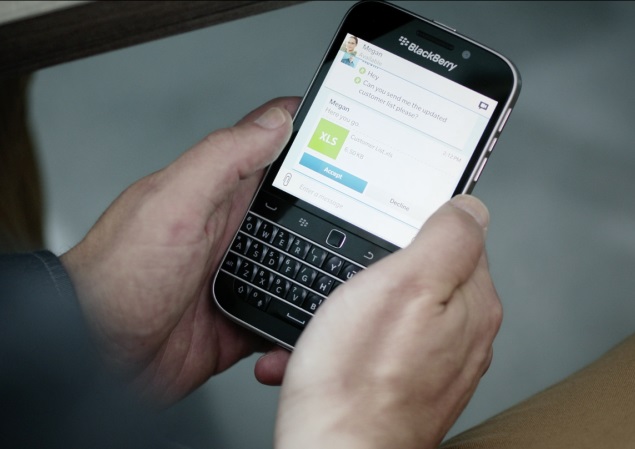 BlackBerry rolled out a major software update on Thursday, allowing users of its entire suite of BlackBerry 10 devices such as the Z10, Q10 and Z30 to access Android applications, and a host of other features, including Blend.

The company said the BlackBerry 10 OS 10.3.1 gives users the ability to access both the BlackBerry World appstore and the Amazon Appstore that provides access to a host of Android applications previously unavailable on the BlackBerry platform.

In addition, BlackBerry said the new software will allow its users to access its new BlackBerry Blend feature that impressed many, when it was unveiled last year.

The Blend feature lets users get message notifications, read and respond to work and personal email, text and other messages, while also accessing files, calendars, contacts and other media, on whatever device one is using. It works across a host of operating systems including Apple's Mac OS, Microsoft's Windows platform and tablets powered by Google Inc's Android software.

The software upgrade will also introduce the new BlackBerry Assistant, a digital assistant that can be used with voice or text command to help users manage email, contacts, calendar and other applications. It rivals offerings such as Apple's Siri and Samsung's S Voice.

BlackBerry said subject to carrier approvals, the software upgrade will begin to roll out to customers around the world, starting Thursday.