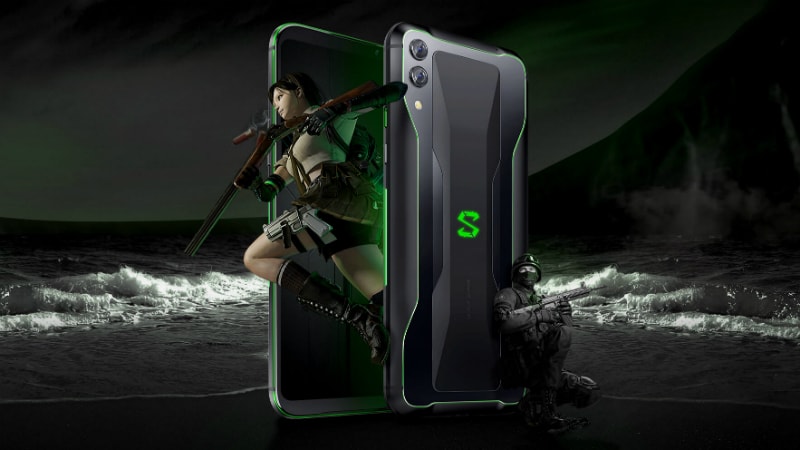 Black Shark 2, the new gaming-centric smartphone by Xiaomi-backed Black Shark, has been formally launched in China. The new phone comes with the top-of-the-line Qualcomm Snapdragon 855 SoC along with the Snapdragon Elite Gaming graphic processing technology. There is also a Liquid Cool 3.0 liquid-cooling technology that is touted to increase heat dissipation using a large, heat-conducting copper plate that is in direct contact with a liquid-cool pipe assembly. The company claims that the proprietary technology is capable of increasing the heat dissipation by 20 times. The Black Shark 2 packs up to 256GB of onboard storage and up to 12GB of RAM. Also, there is a 240Hz touch response rate that comes along with a touch algorithm optimisation specifically for games. The phone is additionally claimed to offer a touch response time of 43.5 milliseconds.

The pre-orders for the Black Shark 2 will begin at 10pm CST (7.30pm IST) today through the official Black Shark website, TMall, and JD.com.

As a successor to last year's Black Shark, the Black Shark 2 comes with a list of new technologies. There is the Liquid Cool 3.0 for enhanced heat dissipation, TrueView Display to deliver uplifted imaging, and Qualcomm's Snapdragon Elite Gaming to take your gaming experience to next level. The smartphone also comes with a Magic Press pressure-sensing technology that works similar to Apple's 3D touch and enables customisation of pressure sensitivity on the display to offer enhanced control.

The Black Shark 2 also packs a new touch algorithm that is designed to reduce the touch response time on the display to as low as 43.5 milliseconds. Further, Black Shark has provided stereo audio along with artificial intelligence (AI)-based noise reduction and anti-howling sound experience. The phone also comes with an X-shaped antenna design layout as well as dual-frequency GPS.