Belkin iPhone 7 Adapter Lets You Listen to Music While Charging 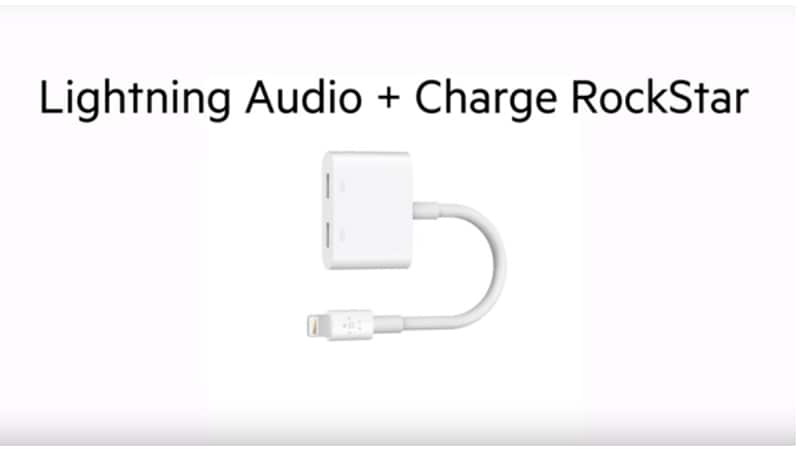 The removal of the 3.5mm audio jack has given manufacturers the opportunity to bring in alternate accessories to fill the gap. Apple itself launched a bundle of accessories, like the AirPods and the Lightning-to-3.5mm Headphone Jack Adapter to compensate for the nostalgia that may be created. The inability of listening to music with wired headphones while charging the iPhone 7 will also possibly see more sales for Apple's Lightning dock. And now, Belkin has designed a new accessory which will let you use the charge the iPhone 7 and used Lightning-powered audio devices at the same time.

The company has launched an adapter called Lightning Audio + Charge RockStar for the iPhone 7. It comes with two Lightning ports which essentially will allow you to use the newly introduced Lightning EarPods and the Lightning cable for charging. This accessory costs about $39.95 (roughly Rs. 2,700) and will be available starting October 10 on the Belkin website, the Apple online store and Apple retail stores.

Belkin claims that it worked closely with Apple to build this product. The adapter supports 48 kHz, 24-bit audio output, and remote control and mic support for Apple-made headphones. "We're excited to offer the Lightning Audio + Charge RockStar to our customers, extending our family of RockStar multi-port products and creating an easy way for people to charge and listen on the go," Steve Malony, VP, GM Belkin said.

The PS4 Pro Exists Because of the Threat of PC Gaming: Sony
iPhone 7 Not a Game Changer, Say Analysts