Banned From Flights, Samsung Galaxy Note 7 Is Being Replaced at Seoul Airport 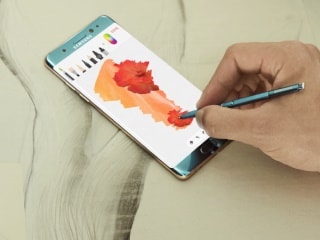 South Korean tech giant Samsung Electronics said on Monday that it will now offer replacement phones to Galaxy Note 7 users flying out of South Korea, after the US and other countries banned the device from flights.

Samsung took the step after it became apparent that transport authorities in the US, Canada, Israel and Japan have imposed a ban on carrying the Galaxy Note 7 device on flights, even if switched off or in airplane mode, following several reports of the gadget catching on fire.

(Also see:  Carrying a Samsung Galaxy Note 7 on a Flight? Be Ready to Face Fine)

"We set up a counter at Incheon (International) Airport where Galaxy Note 7 users can replace their phone with another phone of a different model," a Samsung spokesman told EFE news.

Meanwhile, Samsung Electronics, which initially attributed the combustion instances to defective batteries, has initiated a large scale investigation into the matter after several replacement phones offered to customers following a September recall had the same problem.

The spokesman said engineers are "thoroughly reviewing every step of the engineering, manufacturing and quality control processes" to uncover the reasons behind the problem.

"We are looking into every possibility, and working around the clock to get the bottom of this issue," said the representative of the Seoul-based firm.

Meanwhile, South Korean authorities have began a parallel probe in collaboration with Samsung.

In September, the company had recalled around 2.5 million units and was forced to permanently withdraw the device from the market when the problem persisted.

Samsung expects to incur operative losses of around $5.4 billion between July 2016 and March 2017 over the fiasco.