Bank of America tests technology to pay with phones 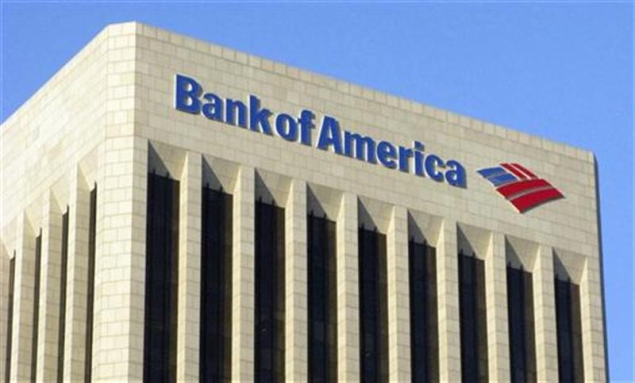 Bank of America Corp is testing a technology that allows a customer to pay at a store register by simply scanning an image with a smartphone, such as Apple Inc's iPhone or Google Inc's Android devices.

The pilot program is being tested in Charlotte, North Carolina, where the second-largest U.S. bank is headquartered, and marks the latest effort by a financial institution to come out on top in the race to determine how people will pay for things in the future.

With sophisticated mobile phones reaching a growing number of people around the world, financial services companies, startups as well as technology giants such as Google and eBay Inc's PayPal, are looking for ways to turn phones into digital wallets that house credit and debit cards, coupons and store loyalty program details.

At stake is a gargantuan market for global mobile payments, which the consulting firm Gartner expects to exceed $171 billion this year.

Bank of America and other banks already rake in hundreds of millions of dollars in fees for managing payments, making it imperative for them to come up with the new way for people to pay their bills especially when new regulations and a tepid economy are squeezing revenue.

In the trial, Bank of America has partnered with Paydiant, a startup that has developed a technology to allow such mobile payments. It doesn't require new phones or hardware for merchants.

In past trials, Bank of America has experimented with Near Field Communication technology, in which a chip installed in a phone transmits a radio signal when it is waved or tapped at a device at the cash register.

Bank of America launched its pilot last week at five merchants in Charlotte. The test will last three months and only the bank's employees have access to the program. They can use newer iPhones and phones that use the Android operating system.

"The pilots provide us with the opportunity to explore innovative mobile solutions, engage our customers and utilize their feedback," bank spokeswoman Tara Burke said.

Burke declined to comment on whether the bank is still considering using NFC technology but said it continues to test and monitor the marketplace. That technology suffered a setback this month when Apple did not embed NFC chips in its iPhone 5.

Early days
In the bank's NFC trials, customers stored their payment information digitally in a secure area on their phone and then paid at a merchant who kept a device to read the signal from the phone. In the latest test, customers store their payment cards on a computer server and when they pay, they use an application on their phone that scans a Quick Response code displayed at the register.

Paydiant is currently running tests with five banks and financial services companies, said Chris Gardner, one of the company's founders. He declined to name the other participants.

"We are in this extended period of test and learn," he said. "It's early days."

The company's technology also allows its customers to control the payment process, rather than acting as another intermediary like Visa or MasterCard, he said.

The technology currently works with QR codes but could be adapted to other methods that connect a user's phone to a retailer, Gardner said.

In the Bank of America trial, Gardner said, one restaurant is using codes printed on receipts, allowing customers to pay at their table and leave.

Paydiant was founded in 2010. It raised $7.6 million in venture capital funding in February 2011, followed by $12 million in July.

The company makes money from a combination of small transaction fees, user fees or revenue from advertisements and offers, Gardner said. Its partners can also generate revenue from the service.