Asus India has launched its new ZenFone-series smartphone, the ZenFone Max. Priced at Rs. 9,999, the Asus ZenFone Max is now up for pre-orders via Amazon India andFlipkart, starting Monday. The online retailer lists the tentative release date to be January 14. The phone will also be sold at Asus Exclusive Stores and with other retailers from the second fortnight of January. The smartphone was first showcased in India back in August last year.

The biggest highlight of the new ZenFone Max is its 5000mAh battery which the company touts can work as a power bank for other devices. Notably, the battery on the handset is non-removable. The company claims that the ZenFone Max can deliver up to 914 hours of standby time and up to 38 hours of talk time. 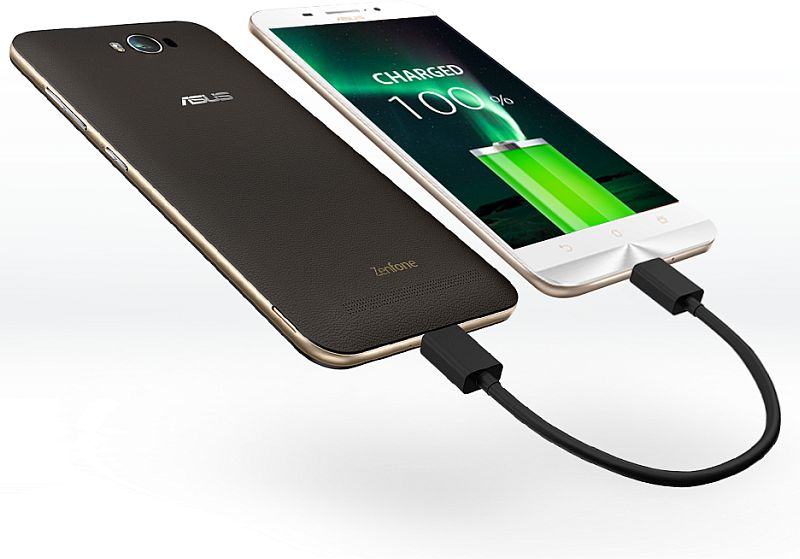 For specifications, the ZenFone Max features a 5.5-inch HD (720x1280 pixels) IPS display and runs ZenUI 2.0 based on Android 5.0 Lollipop. It is powered by a quad-core Snapdragon 410 processor clocked at 1GHz coupled with 2GB of RAM. It comes with 16GB of built-in storage which can be expanded up to 64GB (via microSD card). The handset, similar to other ZenFone series smartphones in India, supports Indian LTE bands. It packs accelerometer, compass, proximity, and ambient light sensors.

Jolla Tablet Facing Production Issues; Will Not Ship to All Backers
Lenovo Launches Modular ThinkPad X1 Tablet, Laptops, and More Ahead of CES