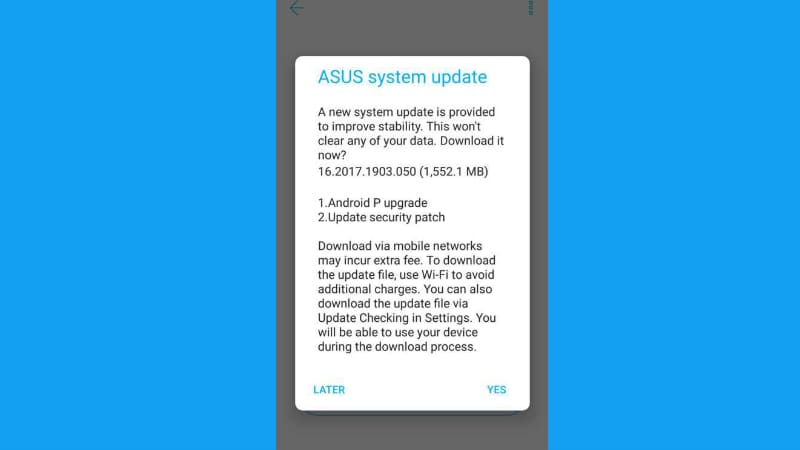 Many users are taking to the forums to complain of a downloading issue as well. We recommend downloading the software update using a good Wi-Fi connection and while the phone is on charge. If the issue persists, it may be a bug that Asus should resolve soon. To check for the update, head to Settings > System > System Updates.