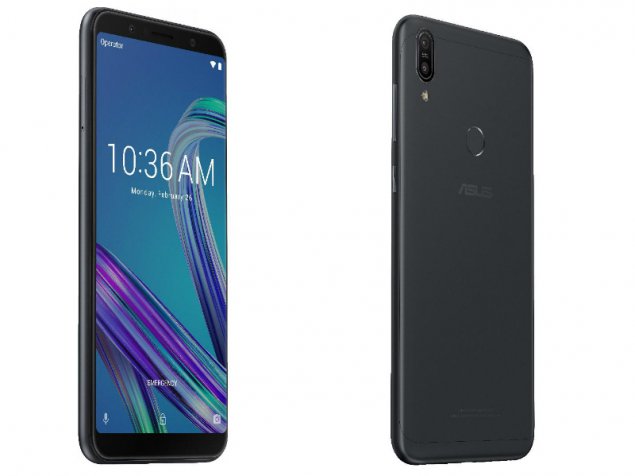 Asus ZenFone Max Pro M1 is easily one of the company's most popular budget smartphones in recent times and it is nice to see Asus continue to provide timely support for it. It's just begun rolling out a new firmware-over-the-air (FOTA) update which brings the January 2019 Android security update and some system stability improvements to the smartphone. Asus has made it a point to state that the update will be rolling out in batches, so in case you don't find it for your smartphone, just be a little patient and it should show up soon.

This update for the ZenFone Max Pro M1 (Review) doesn't add many changes like the previous version, but it's still significant. The big addition is the January 2019 security patch, which addresses system and kernel vulnerabilities along with others which may affect certain Qualcomm components. The update is also said to offer system stability improvements.

Asus ZenFone Max Pro M1 specifications
The dual-SIM (Nano) Asus ZenFone Max Pro M1 features a 5.99-inch full-HD+ (1080x2160 pixels) IPS Full View display along with an 18:9 aspect ratio. It is powered by an octa-core Qualcomm Snapdragon 636 SoC, paired with an Adreno 509 GPU and 3GB, 4GB, and 6GB RAM options. The smartphone also has up to 64GB of onboard storage that is expandable via microSD card (up to 2TB).

Alongside the dual rear camera setup, the ZenFone Max Pro M1 has an 8-megapixel selfie camera that has a five-piece, 85.5-degree lens and an f/2.0 aperture. The 6GB RAM variant of the ZenFone Max Pro M1, however, has a 16-megapixel sensor at the back. The smartphone has 4G LTE, Wi-Fi 802.11 a/b/g/n with Wi-Fi Direct, Bluetooth v4.2, GPS/ A-GPS, Micro-USB, and a 3.5mm headphone jack. It also has a fingerprint sensor at the back and a Face Unlock feature. Lastly, it packs a 5,000mAh battery that supports 10W fast charging.