The new Asus ZenFone AR smartphone with AR+VR functionalities, which had been outed by Qualcomm a few days ago, will come in multiple variants; Asus has confirmed at least one version with 6GB of RAM.

Asus ZenFone AR, like the other Tango device - the Lenovo Phab 2 Pro - is designed around machine vision with a camera and sensor setup that provides motion tracking, depth perception, and area learning. Unlike other ZenFone smartphones, the Asus ZenFone AR sports a fingerprint scanner at the front embedded in the home button. It sports a 5.7-inch Super AMOLED QHD (1440x2560 pixels) display which is likely to play major role in virtual reality. The company adds that the Asus ZenFone AR packs 79 percent screen-to-body ratio. 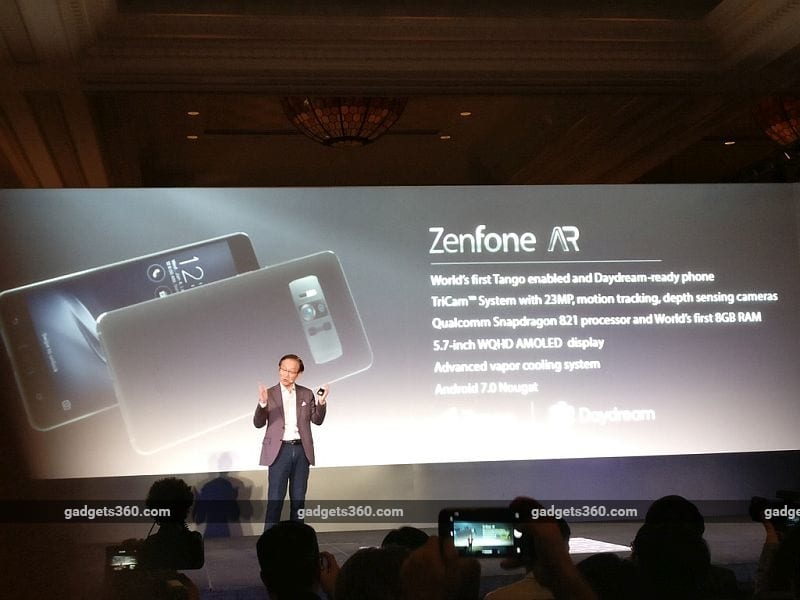 The Android 7.0 Nougat-based Asus ZenFone AR will be available in the Q2 2017, with the company to announce prices near to market launch. Asus is yet to reveal the entire specifications details for the ZenFone AR. Other specifications revealed include up to 256GB of inbuilt storage that's expandable via microSD card (up to 128GB) in a hybrid dual-SIM (Micro+Nano) configuration; a 3300mAh battery; USB 2.0 Type-C port, as well as Bluetooth v4.2 and Wi-Fi 802.11ac connectivity.

Asus ZenFone 3 Zoom, on the other hand, is being touted as "thinnest and lightest" smartphone featuring a 5000mAh battery, which is also a highlight of the device. It is just 7.9mm thick, while weighing 170 grams. Much like previous ZenFone Zoom models, the Asus ZenFone 3 Zoom will double up as a power bank and can charge other smartphones.

For specifications, the Asus ZenFone 3 Zoom features a 5.5-inch full-HD (1080x1920 pixels) AMOLED display with Corning Gorilla Glass 5 cover on top. It is powered by a Qualcomm Snapdragon 625 processor. Just like with the Asus ZenFone AR, the company has not revealed complete details of SKUs - though it has mentioned a top-end 4GB of RAM and 128GB storage configuration. 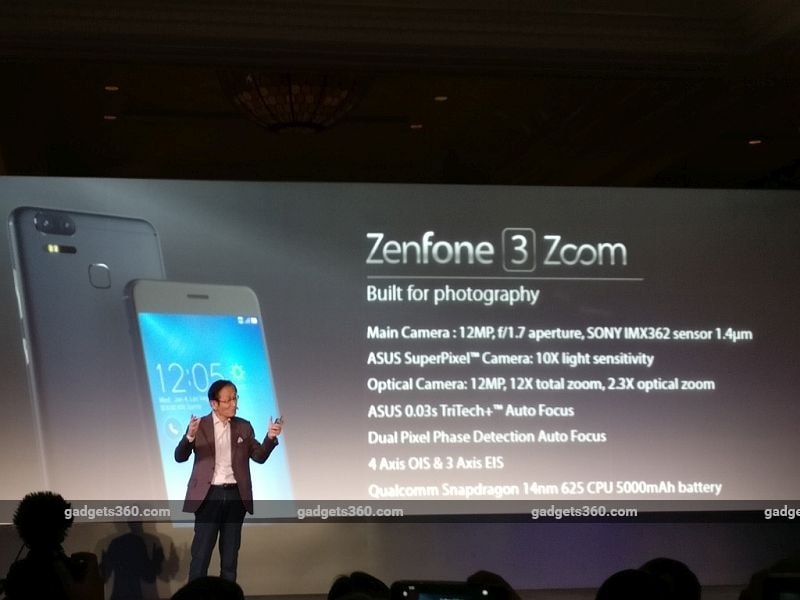 The Asus ZenFone 3 Zoom will be available starting February 2017 and prices for different variants will be announced at the time of local release.

Disclosure: CES travel and accommodation for a Gadgets 360 correspondent were sponsored by Asus.