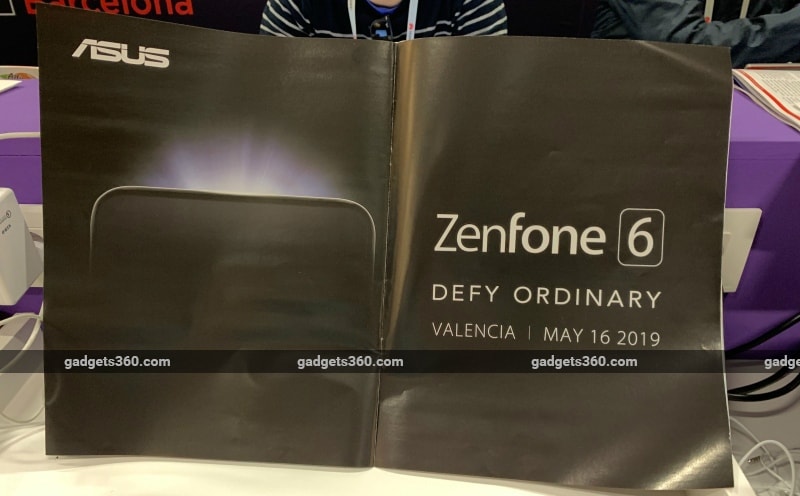 While most manufacturers are launching new smartphones and showcasing new technologies at MWC, Asus put an ad for its upcoming ZenFone 6 in a magazine there. Asus did not make any announcement, send out invites, or post teasers for the upcoming ZenFone 6. Instead, the Taiwanese giant posted a minimalistic ad inside the Official Show Preview for MWC by Mobile World Live. This publication is owned by GSMA, the same association behind MWC. The flagship from the ZenFone 6 series will be the successor to the ZenFone 5Z that is currently on sale in India.

The advertisement states that the launch of the ZenFone 6 series will take place in Valencia, Spain on May 16. Alongside the launch date is a silhouette of a smartphone with a bezel-less display without a notch or a hole-punch display. Folks over at Lowyat first spotted the ad in the magazine when they picked up their press passes for MWC 2019. Asus separately tweeted a launch teaser as well.

Asus hasn't made any announcements or teased the ZenFone 6 on social media yet and this could very well be the first hint of the new smartphone. This could also mean that Asus will only be announcing the launch date for the ZenFone 6 at MWC 2019.

The flagship phone from the upcoming ZenFone 6 series will be a successor to the Asus ZenFone 5Z which has carved a place for itself in the sub Rs. 30,000 segment. The ZenFone 5Z is powered by the Qualcomm Snapdragon 845 SoC and we can expect its successor to have a Snapdragon 855 SoC. Since the silhouette of the smartphone lacks a notch and a hole-punch, Asus could opt for a pop-up selfie camera similar to the Vivo V15 Pro.

The Taiwanese giant could also launch multiple smartphones in the same series but we will have to wait until May 16 for the official launch.

Editor's note: An earlier version of this article mentioned the ZenFone 6 launch date as May 14, based on the first spotting by Lowyat. The date has since been updated.