Asus ZenFone 6 is all set to launch today.

Asus ZenFone 6 is set to launch today, and ahead of the launch, the company is taking a slight jab at OnePlus and its recent offering – the OnePlus 7. The company has published a teaser that reconfirms the Asus ZenFone 6 will pack a 5,000mAh battery, and mocks the 3,700mAh battery on the OnePlus 7. Asus is also known to pack top-of-the-line specifications in its flagship phone, and price it aggressively, similar to OnePlus' strategy.

The Asus Global Twitter handle has published a poster showing a portion of the Asus ZenFone 6, while also taking a jab at the newly launched OnePlus 7. The teaser poster reconfirms that the ZenFone 6 packs a mammoth 5,000mAh battery, which is considerably larger than the OnePlus 7's 3,700mAh battery and even OnePlus 7 Pro's 4,000mAh battery. The phone shown in the poster is seen to sport a notch-less display, with narrow bezels near the bottom chin.

Tipster Roland Quandt has separately published photos of the Asus ZenFone 6, and the phone is seen to sport a unique camera mechanism at the back, that lifts up to take selfies as well, whenever required. The lifting mechanism isn't a slider seen on many phones these days, but is somewhat similar to the Samsung Galaxy A80 that has a rotating camera setup. However, the ZenFone 6 camera module sticks out at the top differently. The setup houses two sensors, and the back panel also has a rear fingerprint scanner as well. You can see the renders below. 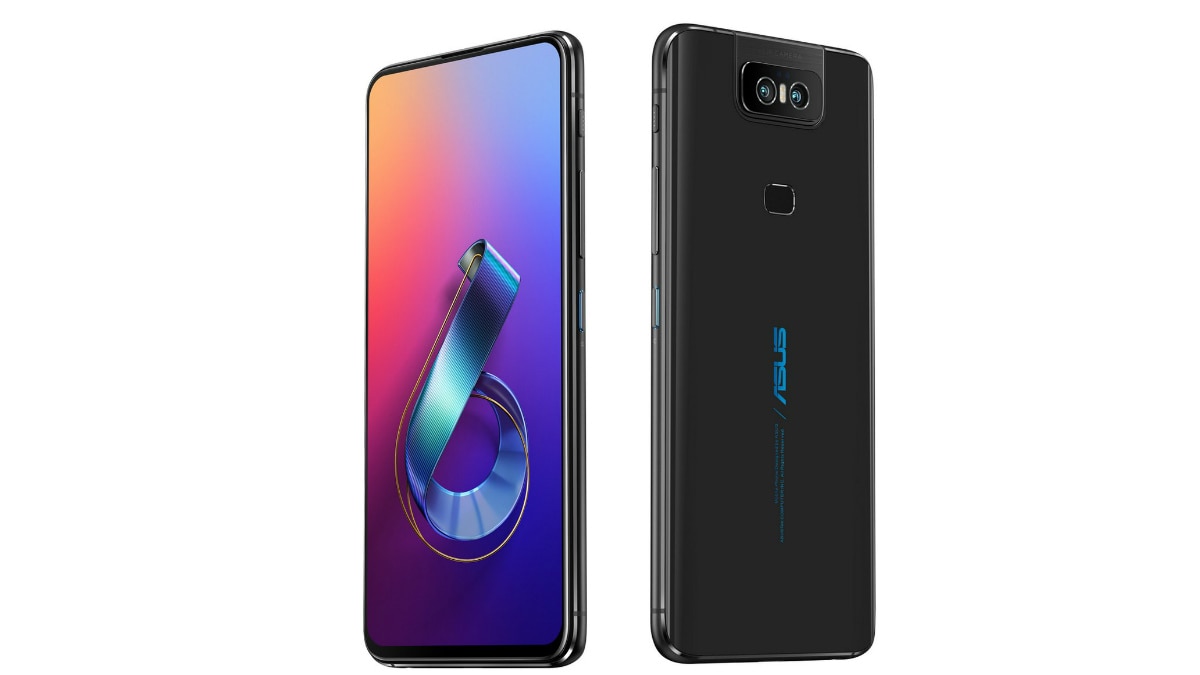