Asus on Tuesday launched its ZenFone 5 Series of smartphones at MWC 2018 in Barcelona, Spain. Specifically, the company launched the ZenFone 5Z, ZenFone 5, and ZenFone 5 Lite. The smartphones all offer AI-enabled features, "all-screen" 18:9 displays that deliver a 90 percent screen-to-body ratio, and dual camera systems. Also new are ZeniMoji, the company's own take at Apple's Animoji. All three smartphones are powered by Qualcomm SoCs, and the US-based company joined the launch event. The company also unveiled the ZenFone Max (M1), a smaller variant of the ZenFone Max Plus (M1), running on a Qualcomm Snapdragon 430 or Snapdragon 425 SoC.

"We embarked on the ZenFone project four years ago with the idea to create empowering luxury for everyone to enjoy," said Asus CEO Jerry Shen. "Today, the ZenFone 5 Series is the most intelligent ZenFone series ever, utilizing advanced AI algorithms and big-data analytics to provide users with a unique slate of intelligent camera, communication and convenience features," Shen added.

The Asus ZenFone 5Z (ZS620KL) is the flagship smartphone of the series, running the Qualcomm Snapdragon 845 SoC, and has been appropriately placed in the premium segment with a price starting at EUR 479 (roughly Rs. 38,400) for its 4GB RAM, 64GB inbuilt storage variant. The smartphone's variants go up to 8GB RAM and 256GB inbuilt storage, but there is no price information available for the other SKUs. The smartphone looks very similar to the iPhone X, with an all-screen display complete with the notch for the front camera and other sensors. Asus hasn't revealed the price of the ZenFone 5 (ZE620KL) or ZenFone 5 Lite either. Availability however was revealed, with the ZenFone 5 Lite first to arrive in March, the ZenFone 5 next in April, and the ZenFone 5Z last in June.

Let's start with the flagship. The dual-SIM (Nano) Asus ZenFone 5Z runs Android 8.0 Oreo out-of-the-box with the new ZenUI 5.0, and sports a 6.2-inch full-HD+ (1080x2246 pixels) display with a 19:9 aspect ratio - making it even taller than the 18.5:9 ratio seen on the Galaxy S-Series, but not as tall as the iPhone X's 19.5:9. This gives it a screen-to-body ratio of 90 percent. The display also supports the DCI-P3 colour gamut, and comes with Asus' Blue-light eye care filter, seen on previous handsets. The smartphone is powered by the Qualcomm Snapdragon 845 SoC with the AIE (Artificial Intelligence Engine) and Adreno 630 GPU. It has 4GB RAM and 64GB storage in the base model, a middle of the line model with 6GB RAM, 128GB storage, going all the way up to 8GB RAM and 256GB storage in the top model. 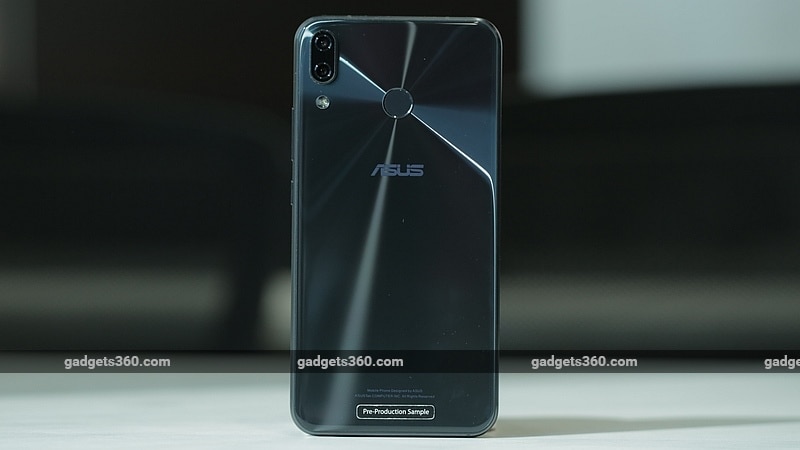 As for storage, the Asus ZenFone 5Z sports 64GB of storage in the base model, with a middle-of-the-line 128GB inbuilt storage model, and going all the way up to 256GB in the top model. This is expandable via microSD card (up to 2TB), which has its own dedicated card slot. Connectivity options include 4G VoLTE, Wi-Fi 802.11ac, Bluetooth v5.0, NFC, GPS/ A-GPS, FM radio, USB Type-C, and 3.5mm headphone jack. It bears a fingerprint sensor on the rear panel that's capable of detecting damp fingerprints and unlocks the phone in as little 0.3 seconds. It runs on a 3300mAh battery that supports AI Charging tech. The ZenFone 5Z weighs 155 grams. Asus is also touting audio features on the smartphone, including dual 5-magnet speakers with dual NXP smart amplifiers, a PMIC internal dual amplifier, triple internal microphones with noise reduction, Hi-Res Audio (192KHz/ 24-bit standard audio output on HRA certified earbuds) support, as well as DTS Headphone: X support. It will be available in Midnight Blue and Meteor Silver colour variants.

The dual-SIM (Nano) Asus ZenFone 5 (ZE620KL) runs Android 8.0 Oreo out-of-the-box, with the company's new ZenUI 5.0 skin atop. It is powered by the octa-core Qualcomm Snapdragon 636 SoC, coupled with 4GB or 6GB of RAM and the Adreno 509 GPU. It will be available in just one inbuilt storage variant - 64GB. 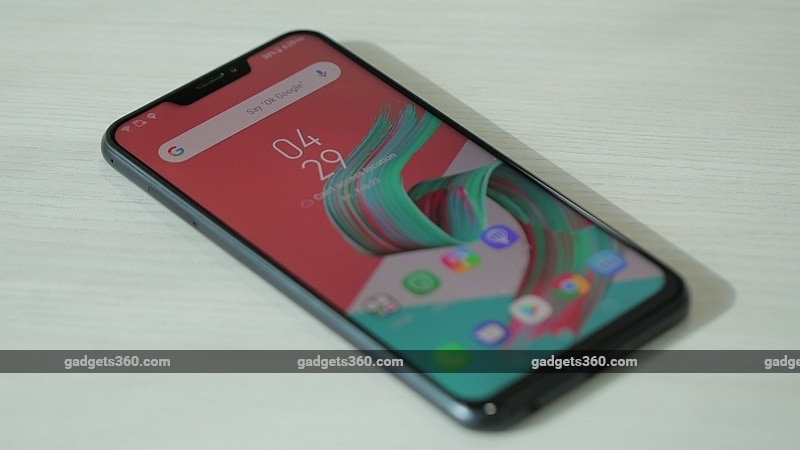 All other specifications of the ZenFone 5 match those of the ZenFone 5Z, with the primary differences seen in the processor, RAM, and storage sections. It even has the same weight, according to Asus. It will be available in the same colour variants as the ZenFone 5Z - Midnight Blue and Meteor Silver.

The dual-SIM (Nano) Asus ZenFone 5 Lite runs Android 8.0 Oreo with the company's ZenUI 5.0 skin on top. It bears a 6-inch full-HD+ (1080x2160 pixels) IPS display, with a 80.3 percent screen-to-body ratio, and the Asus Blue-light eye-care filter. It will be available in two variants - one sporting the Snapdragon 430 octa-core SoC with Adreno 505 GPU, and the other sporting the Snapdragon 630 SoC with Adreno 505 GPU. There are also RAM and storage variants - 3GB of RAM and 32GB of storage, or 4GB of RAM and 64GB of storage. The storage is expandable via microSD card (up to 2TB) with its own dedicated card slot. 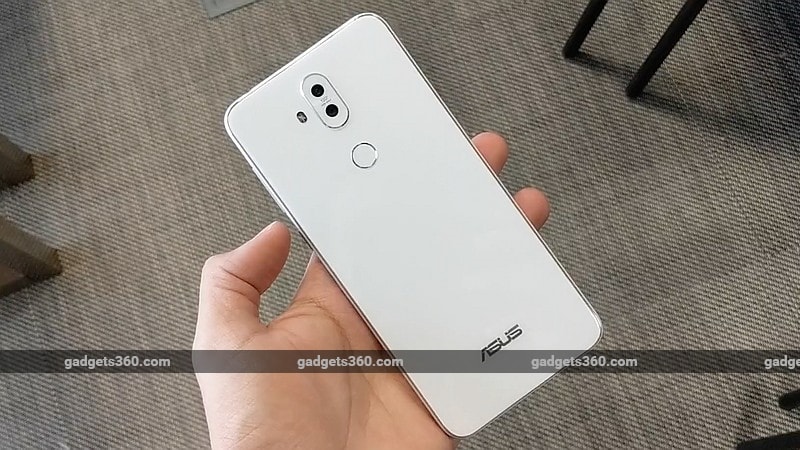 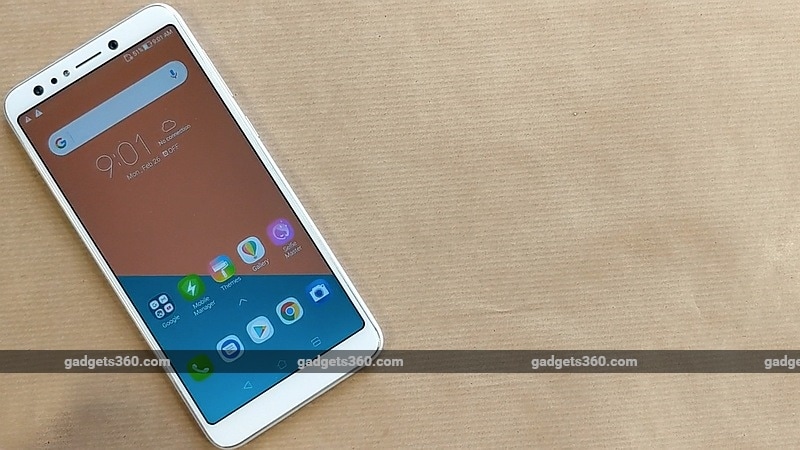 Connectivity options on the Asus ZenFone 5 Lite, which is known as ZenFone5Q in the US, include 4G VoLTE, Wi-Fi 802.11ac (on the Snapdragon 630 SoC) and Wi-Fi 802.11 b/g/n (on the Snapdragon 430 SoC), Bluetooth v4.1, NFC, GPS/ A-GPS, FM radio, a 3.5mm headphone jack, and Micro-USB. It is powered by a 3300mAh battery that's rated to deliver up to 30 hours of talk time on 3G, and 24 days of standby time on 4G. It bears a fingerprint sensor on the rear panel, with the company touting a 0.3-second unlock and damp fingerprint recognition. It also has a Face Unlock feature. It weighs in at 168 grams. It will be available in Midnight Black, Moonlight White, and Rouge Red colour variants.

Disclosure: Asus sponsored the correspondent's flights and hotel for the launch event in Barcelona.