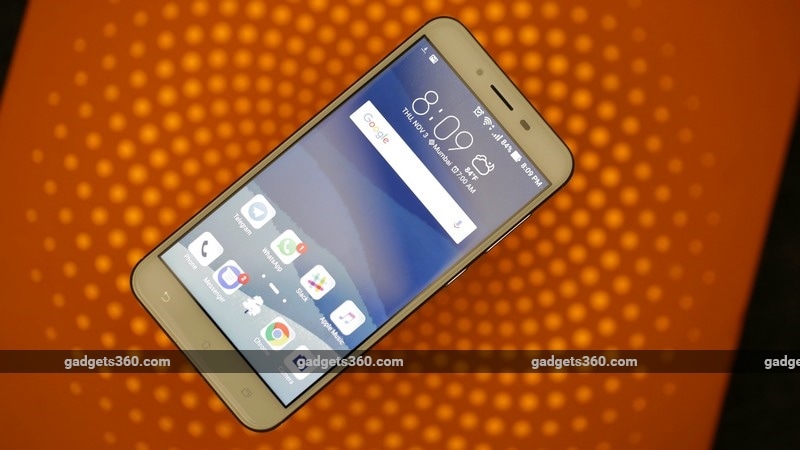 Asus ZenFone 3 Max is the latest smartphone in the Taiwanese company's portfolio that is receiving the Android 8.1 Oreo update. The latest update also brings ZenUI version up to version 5.0. Notably, the latest Android OS is rolling out via a FOTA (firmware-over-the-air) update. To recall, the ZenFone 3 Max was launched back in 2016 and it arrived with Android 6.0 Marshmallow, which was the popular Android version at that time. The smartphone later received an Android Nougat update last year. It is great that Asus is still supporting the smartphone two years after launch.

The ZenUI 5.0 update based on Android Oreo for the Asus ZenFone 3 Max (ZC553KL) bears the version number 15.0200.1807.406. The update information, shared by Asus via its forum channel Asus ZenTalk, lists the update to ZenUI 5.0 based on Android 8.1 Oreo in the changelog and nothing else. However, you can expect the update to bring a security patch. The rollout timeline mentioned in the changelog is about one week to become available to all handsets. The update availability will be notified by a push notification. However, users can manually check its arrival by going to Settings > About > System update. It is worth noting there are two variants of the Asus ZenFone 3 Max - ZC520TL and ZC553KL - but only the latter is receiving the update.

As for the specifications, the ZenFone 3 Max (ZC553KL) sports a 5.5-inch full-HD (1080x1920 pixels) display, and is powered by a 1.4GHz octa-core Qualcomm Snapdragon 430 SoC coupled with 3GB of LPDDR3 RAM. It comes with a 16-megapixel rear camera with an f/2.0 aperture and dual-LED flash, apart from an 8-megapixel front camera with an f/2.2 aperture and an 84-degree wide-angle lens.

The 32GB of inbuilt storage on the ZenFone 3 Max (ZC553KL) can be expanded via microSD card (up to 128GB). The smartphone weighs 175 grams, and measures 151.4x76.24x8.3mm. Connectivity options include 4G LTE, Wi-Fi 802.11 b/g/n, GPS, Bluetooth v4.1, Micro-USB, and FM radio. Sensors on the phone include accelerometer, ambient light sensor, gyroscope, magnetometer, and proximity sensor.