Asus ROG Phone 3 will come with a 6,000mAh battery as confirmed by the company on Chinese micro-blogging website Weibo. Asus, through its ROG Gaming Phone account, shared a poster yesterday, July 21, on the website revealing the battery capacity, along with the date and time for the launch event in China. The battery capacity is no surprise as the Asus ROG Phone 2 also had the same size. The accessories for the ROG Phone 3 have also reportedly leaked ahead of today's launch event.

As per the post by ROG Gaming Phone account on Weibo, the Asus ROG Phone 3 will come with a massive 6,000mAh battery, just like its predecessor, the ROG Phone 2 from last year. The post does not share any other details about the phone that is scheduled to launch in India today at 8:15pm through a digital event.

Additionally, according to a report by 91Mobiles in collaboration with tipster Ishan Agarwal, Asus ROG Phone 3 accessories will include the Kunai Gamepad, TwinView Dock, Lightning Armor Case, and the AeroActive Cooler (names not confirmed). 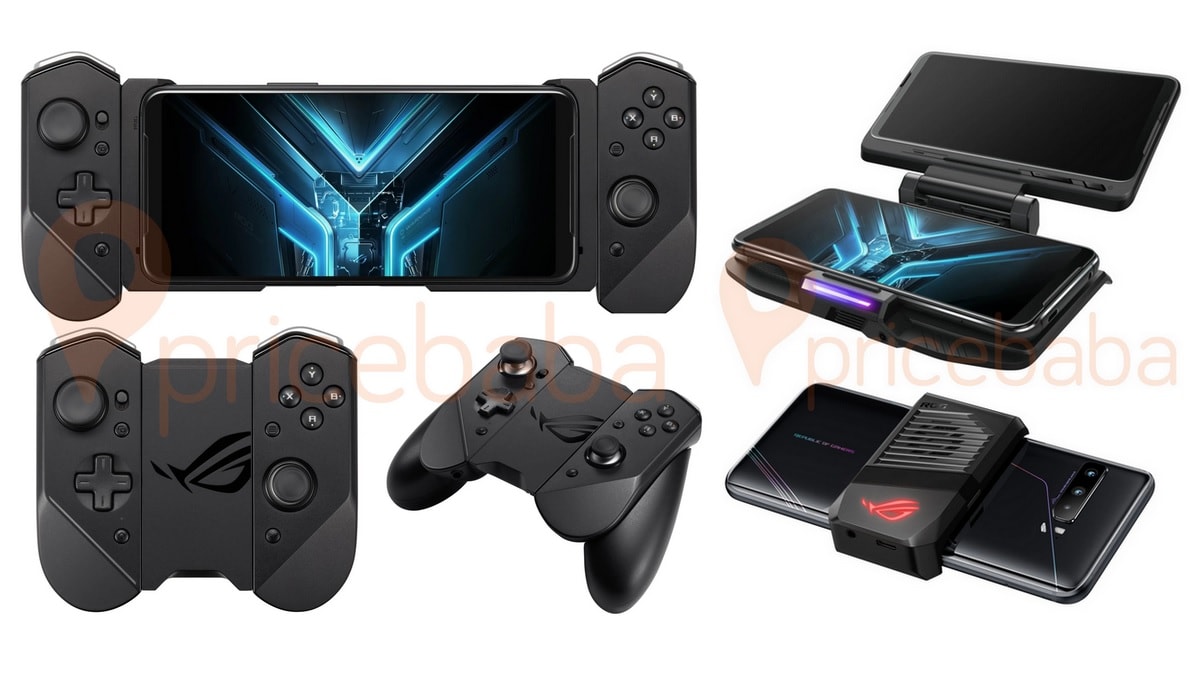 The Kunai Gamepad will convert the ROG Phone 3 into a handheld gaming console with joysticks on the sides and the screen in the middle. It seems to have a matte black finish with an analog joystick and a D-pad on the left side, along with another joystick and four buttons on the right side. There seem to be shoulder and trigger buttons as well. As per the leaked images in the report, it looks like the Kunai Gamepad can be used in multiple modes, one of them being a separate Bluetooth controller with grips.

The TwinView Dock was seen with the ROG Phone 2 as well and it provides an additional screen with some controls and an RGB lighting strip. The exact specifications of the TwinView Dock are unknown. The AeroActive Cooler, which has a similar design as the previous model with ROG Phone 2, reportedly comes with a USB Type-C port and a 3.5mm headphone jack on the bottom. The top half of the AeroActive Cooler has a fan to keep the phone cool during extended gaming sessions. The case seems to have an 8-bit pattern that lights up
Photo Credit: 91Mobiles

Finally, the Lighting Armor case seems to have tiny holes for LEDs to shine through, giving it an 8-bit feel. There is also a cutout on the right side that goes in line with the alleged renders that were recently leaked.

The Asus ROG Phone 3 has been in the news for quite a while now owing to the several leaks and teasers. The phone will come with the Snapdragon 865 Plus SoC, may feature a triple rear camera setup, and is said to have up to 16GB of RAM. Since the phone will be launched in India today, we won't have to wait long to get a confirmation on the specification and accessories.