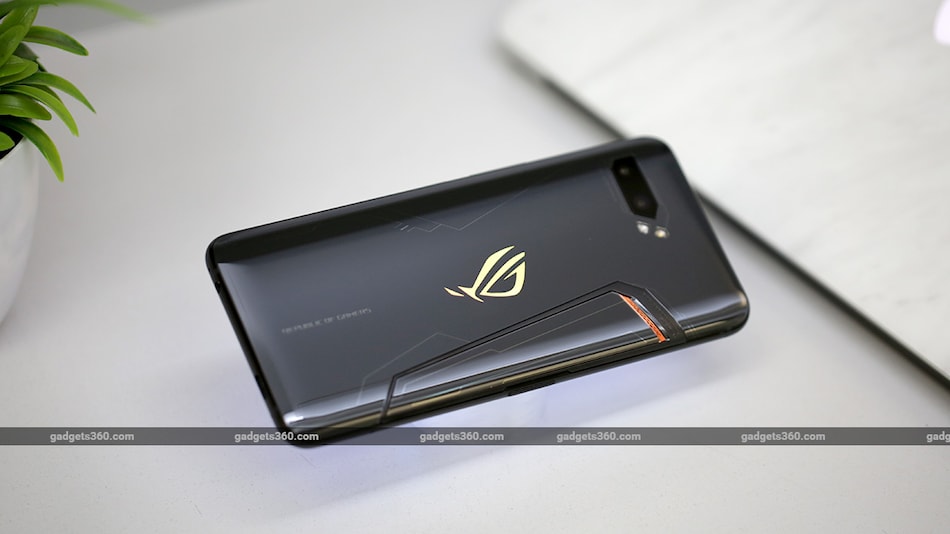 Asus ROG Phone 2 was launched in India in September, though its sale was halted in February

Asus ROG Phone 2 is coming back in stock in India, months after its unavailability due to the coronavirus outbreak. The gaming phone will be available for purchase in the country through Flipkart starting later today, the company said in a press release disseminated on Monday. Alongside its comeback, the Asus ROG Phone 2 has received an updated pricing for the base, 8GB RAM variant. The ROG Phone 2 was launched in India in September last year. The phone is specially designed for mobile games and includes features such as an upgraded ultrasonic Air Triggers 2 as well as stereo speakers with DTS:X Ultra support.

The Asus ROG Phone 2 price in India has been hiked to Rs. 39,999 from Rs. 37,999. Asus claimed that the new pricing is due to the increase in the GST rates on mobile phones and depreciation of the Indian rupee against the US dollar. The new pricing is notably provided for the 8GB RAM + 128GB storage option only. However, there are no details about the 12GB RAM + 512GB storage variant that was launched at Rs. 59,999 and went on sale for the first time in December. Gadgets 360 has reached out to Asus to get clarity on the availability of the top-end variant and will update this space when the company responds.

On the availability part, Asus said in the release that the ROG Phone 2 will go on sale in the country via Flipkart starting today. The phone originally went on sale in late September, though its availability was halted due to the coronavirus outbreak in February.

Customers purchasing the Asus ROG Phone 2 during Flipkart's Big Saving Days sale starting from Tuesday, June 23, are also entitled to receive a 10 percent instant discount on HDFC Bank cards and EMI transactions. The sale will go live for Flipkart Plus members from 8pm today and will run until June 27.

The dual-SIM (Nano) Asus ROG Phone 2 runs Android 9 Pie with ROG UI on top and features a 6.59-inch full-HD+ (1080x2340 pixels) AMOLED display with 120Hz refresh rate and 1ms response time. The phone is powered by an octa-core Qualcomm Snapdragon 855+ SoC, paired with up to 12GB of LPDDR4X RAM and up to 512GB of UFS 3.0 storage. It comes with a dual rear camera setup that includes a 48-megapixel primary sensor, coupled with a 13-megapixel wide-angle shooter. There is also a 24-megapixel selfie camera sensor at the front.

Asus has provided a 6,000mAh battery on the ROG Phone 2, along with Quick Charge 4.0 fast charging support. Besides, the phone includes an in-display fingerprint sensor.

Is India ready for gaming phones such as the ROG Phone 2? We discussed this on Orbital, our weekly technology podcast, which you can subscribe to via Apple Podcasts or RSS, download the episode, or just hit the play button below.