Asus Pegasus 2 Plus With 5.5-Inch Display, 3GB of RAM Launched 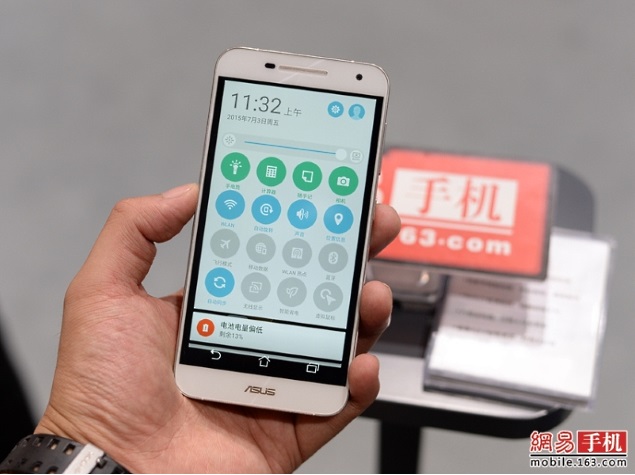 Asus has launched the Pegasus 2 Plus smartphone in China. The Taiwanese company is yet to reveal the pricing and availability details of the Asus Pegasus 2 Plus.

The new Asus smartphone is said to be the successor to the Pegasus smartphone, which was launched in December last year.

The Asus Pegasus 2 Plus features a 5.5-inch full-HD (1080x1920 pixels) display, much like Asus ZenFone 2's high-end smartphones. It is powered by a 64-bit Qualcomm Snapdragon 615 processor coupled with 3GB of RAM. Notably, Asus last month launched ZenFone 2 models featuring Qualcomm Snapdragon chipsets instead of the Intel chipsets. The launch was first reported by mobile.163.com.

The Pegasus 2 Plus sports a 13-megapixel rear camera while there is an 8-megapixel front-facing camera. The Android 5.1.1 Lollipop-based Pegasus 2 Plus runs Zen UI skin on top and features dual-SIM support. The smartphone will be available in Rose Gold and White colour options. The handset is backed by a 3030mAh battery.

There are no details about connectivity options on the Pegasus 2 Plus smartphone. Though considering that the original Pegasus came with 4G LTE support, we can expect its successor will also support 4G.

A report earlier this month claimed that Asus might launch another model in its ZenFone series later this month. Said to be called the ZenFone Go ZC500TG, the smartphone was said to pack a quad-core MediaTek processor with 2GB of RAM.

Last month, Asus at Computex revealed the new ZenFone Selfie smartphone alongside its next-generation ZenWatch 2 and the new ZenPad tablets. The highlight of the Asus ZenFone Selfie is it sports both 13-megapixel rear and front cameras with f/2.0 aperture, 28mm focal length, and dual-colour Real Tone flash. The rear camera features a laser autofocus module in addition.