Share on Facebook Tweet Snapchat Share Reddit Email Comment
Taiwanese computer electronics giant, Asus at CES 2014 unveiled two new smartphone-tablet hybrids, the 4-inch Asus PadFone mini that fits into a 7-inch tablet dock, and the 5-inch Asus PadFone X that fits into a 9-inch tablet dock. The company did not reveal any details about pricing and availability of the two hybrid devices, however, it did mention that the PadFone X will be available in US exclusively with AT&T. 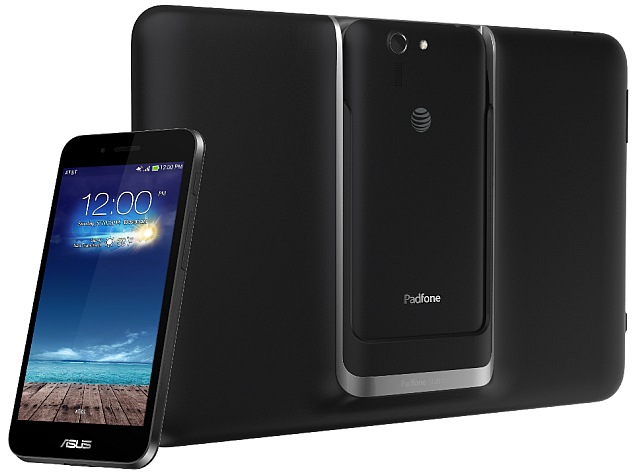 Asus on Monday also announced the PadFone X smartphone-tablet hybrid, without too many details about specifications. Pricing and availability were also not mentioned. It features a tablet dock with a 9-inch full-HD display, but details about the Android 4.4 KitKat-based smartphone's own 5-inch display are lacking. Other specifications gleaned were support for LTE-Advanced technology, including Carrier Aggregation, Voice over LTE (VoLTE) and HD Voice. NFC connectivity is also available.