Asus has launched a new non-ZenFone smartphone dubbed the Asus Live in Brazil. Priced around $210 (roughly Rs. 14,000), the dual SIM supporting smartphone is yet to reach other countries.

The Asus Live smartphone with model name G500TG is a low-end device based on the specifications. The Android 5.1 Lollipop-based smartphone features a 5-inch HD (720x1280 pixels) resolution display. It packs a quad-core MediaTek MT6580 processor clocked at 1.3 GHz, clubbed with 2GB of LPDDR3 RAM.

The 3G-enabled smartphone houses 16GB of inbuilt storage, which can be further expanded via microSD card (up to 64GB). It bears an 8-megapixel autofocus rear camera along with a 2-megapixel front-facing camera. It is backed by a 2070mAh battery. Asus Live users will also be receiving 100GB of free Google Drive storage for 2 years. 5GB of free Asus WebStorage will also come included. 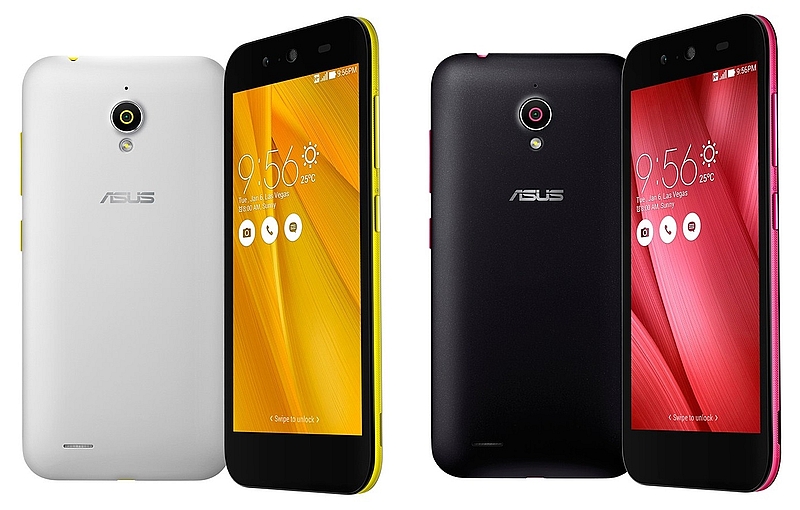 Asus is set to launch its ZenFone Zoom smartphone in India on January 22. The ZenFone Zoom was first unveiled at CES 2015 but has yet to see wide availability. Running Android 5.0 Lollipop with the Asus ZenUI on top, the ZenFone Zoom sports a 13-megapixel rear camera with f/2.7 to f/4.8-aperture, 10-element lenses with 3X optical zoom, OIS (optical image stabilisation), laser autofocus, and dual-colour Real Tone flash. The company touts that with a thickness of just 11.95mm, the ZenFone Zoom is the "world's thinnest 3X optical smartphone offering up to 12X zoom-in effect."