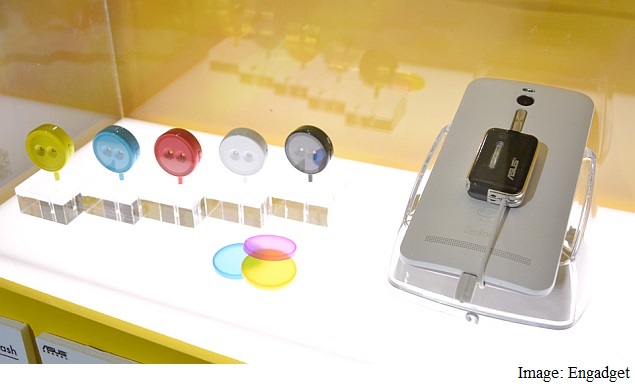 Asus on Monday announced ZenFone 2 smartphone in Taiwan alongside unveiling new variants of the handset. Apart from the new ZenFone series, the company had more up its sleeves and launched new accessories named ZenFlash and LolliFlash.

The Asus ZenFlash accessory is a "Xenon flash dongle," and can be connected to smartphones via USB OTG. The device can stick to the phone's rear panel and is said to offer "400 times" brighter flash than the usual LED flash. Asus has not yet detailed the compatibility of the accessories.

The Asus LolliFlash, as the name suggests, comes in a shape of Lollipop and is a dual-tone LED torch for phones - Asus has once again not detailed the compatibility. The device is said to pack (via Engadget) its own battery and can be connected to the phone via the headphone port or 3.5mm audio jack. The LolliFlash will be available in three colours - Blue, Red, and Yellow.

As of now, there is no word on official pricing and availability details of the products. Asus has also not revealed whether both ZenFlash and LolliFlash accessories work with just ZenFone smartphones, Asus smartphones, or can be connected to other handsets as well.

The company also detailed the availability details of the new ZenFone 2 series handsets and confirmed that apart from Taiwan, the ZenFone 2 will be available in China, Hong Kong, Singapore and France starting in March while other countries such as Italy and other Southeast Asian markets including India will launch in April. The Asus ZenFone 2 would also release in Brazil in June.