Asus 6Z price in India starts at Rs. 31,999. To recall, the smartphone is the rebranded version of Asus ZenFone 6.

Asus 6Z has been launched in India, a smartphone that's in fact a rebranded ZenFone 6 thanks to litigation over the ‘Zen' trademark in India. The Asus 6Z is identical to the global model, and its biggest highlight is the use of a motorised rotating camera on the rear camera, which can be flipped to be used as the front camera. Other highlights of the smartphone include the Qualcomm Snapdragon 855 SoC, up to 8GB of RAM, and a massive 5,000mAh battery apart from a notchless full-HD+ display thanks to the use of the rotating camera. To recall, the Asus ZenFone 6 had been globally unveiled at an event in Valencia, Spain in May. Read on for more details about the Asus 6Z price in India, release date, launch offers, and specifications.

A transparent phone cover is also bundled with the Asus 6Z. Flipkart's Complete Mobile Protection (normally costing Rs. 3,999 for flagships) will be priced at Rs. 99, as a launch offer. As we mentioned, the Asus 6Z had first been launched in Spain last month as the Asus ZenFone 6.

The dual-SIM (Nano) Asus 6Z runs on Android Pie with the company's Zen UI 6 on top, and the company reiterated its promise to upgrade the smartphone to Android Q and Android R (once it's available). The smartphone is also part of the Android Beta programme. The phone features a 6.4-inch full-HD+ (1080x2340 pixels) IPS screen with 19.5:9 aspect ratio, 92 percent screen-to-body ratio, 600 nits peak brightness, 100 DCI-P3 colour gamut, and Corning Gorilla Glass 6 protection. The Asus 6Z is powered by octa-core Qualcomm Snapdragon 855 SoC, paired with up to 8GB of RAM and Adreno 640 GPU.

The Asus 6Z's dual camera setup consists of a 48-megapixel primary shooter with an Sony IMX586 sensor, an f/1.79 aperture, a laser focus module, 1.6-micron pixel size (using Quad Bayer tech), and a dual-LED flash module, as well as a 13-megapixel secondary ultra-wide-angle camera (125-degree) with real-time distortion correction to fix the barrel distortion normally seen in wide-angle cameras. The motorised camera, which the company is calling a Flip Camera, rotates vertically to face the user of the phone. Asus says it has opened the Cam2 API on the Asus 6Z, allowing users to utilise third-party camera apps. An HDR Enhanced mode (which combines 16 images) and Super Night Mode have also been added by Asus. 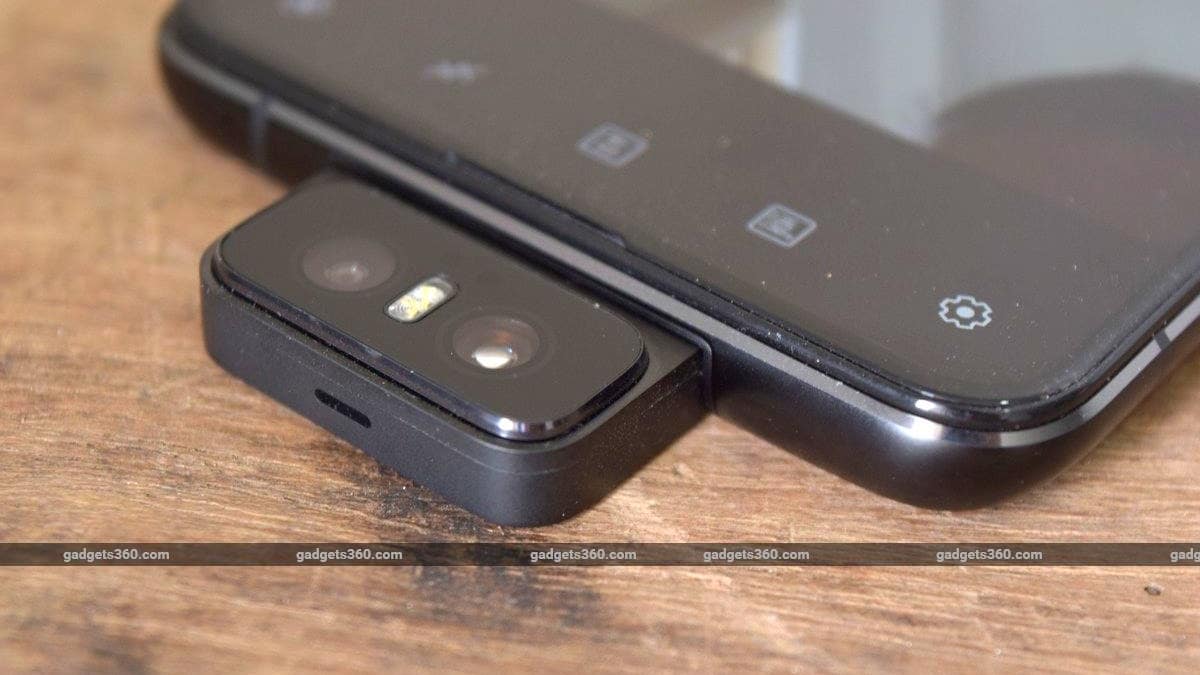 Asus 6Z camera is a rotating one, and can be seen here flipped to the front

Asus is also allowing Asus 6Z users to control the amount of rotation, so the users can stop the rotation midway to take photos at interesting angles. The company has also added fall-protection for the camera module, which will automatically retract the camera to its base position if the phone detects sudden movement - such as free fall. 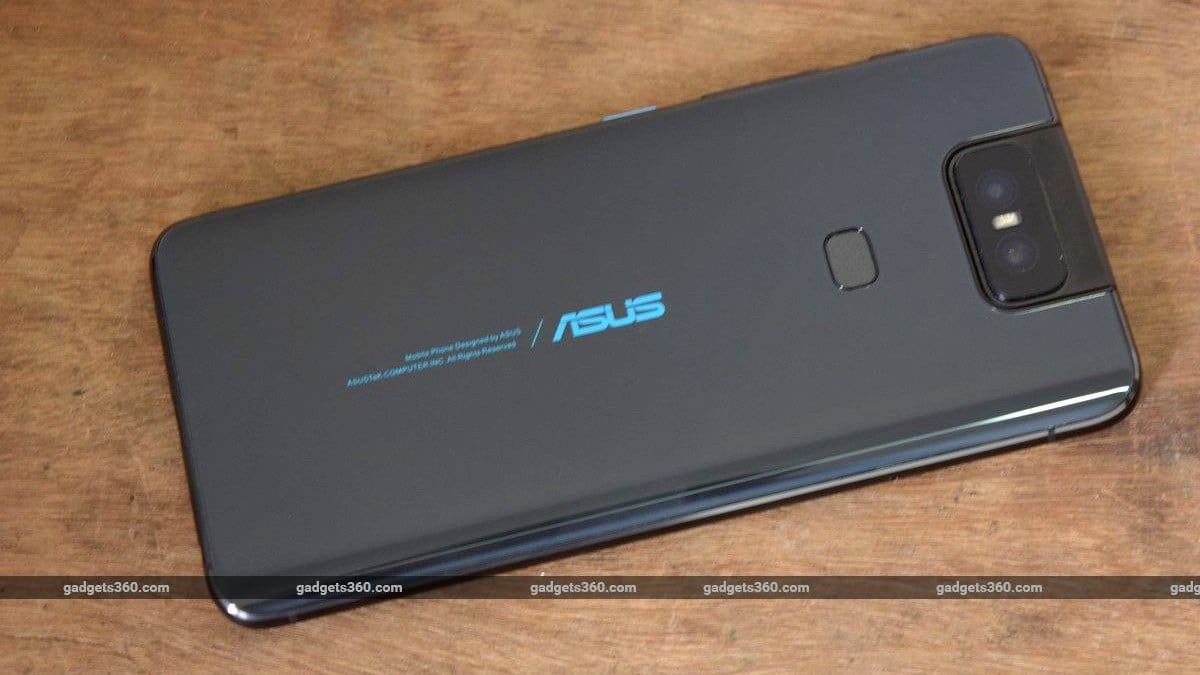 Powered by a 5,000mAh battery with Quick Charge 4.0 fast charging, the Asus 6Z offers up to 33.3 hours of talk time. It also supports reverse charging up to 10W over a USB Type-C cable. An 18W Quick Charge 4.0 charger will be bundled in the box. There is also a 'Smart Key', which can be used to call the Google Assistant, or, set up for shortcuts such as Do Not Disturb, Sound Profile, Auto Rotate, etc. India-specific customisations include call recording, Twin Apps, Outdoor Mode, Mobile Manager, FM radio, and Applock via Face and Fingerprint.

Can innovative cameras, aggressive pricing help Asus 6Z beat OnePlus 7? We discussed this on Orbital, our weekly technology podcast, which you can subscribe to via Apple Podcasts or RSS, download the episode, or just hit the play button below.