French smartphone company Archos gearing up to showcase its new smartphones at IFA, alongside big names like Sony, Lenovom and Samsung. The company has announced the 50f Helium and 55 Helium smartphone lines, and has confirmed 'worldwide' availability for October.

Beginning with the 50f Helium smartphone, Archos has announced that it will be available on the company website and through its distribution's channel worldwide for GBP 99.90 (roughly Rs. 8,800). As for specifications, the smartphone features a fingerprint sensor, and a 5-inch HD (720x1280 pixels) IPS display. It is powered by the 1.1GHz quad-core Snapdragon 210 SoC with 2GB of RAM and Adreno 304 GPU. It offers 32GB of inbuilt storage with the option to expand further via a microSD card slot (up to 128GB).

Apart from the 50f Helium, Archos has unveiled a separate new Helium range and will showcase the smartphones at IFA as well. The most premium handset in this range is the Archos 55 Helium Ultra, and it features a 5.5-inch HD (720x1280 pixels) IPS display. It is powered by a 1.3GHz MediaTek 6737 quad-core SoC with 3GB RAM and ARM Mali T720 MP1 GPU. The storage, camera, and connectivity features are similar to the 50f Helium smartphone. It packs a slightly larger 2700mAh battery that claims to last up to 160 hours of dual-SIM standby time. The dimensions measure at 155x77x8.1mm, and the smartphone weighs 162 grams. 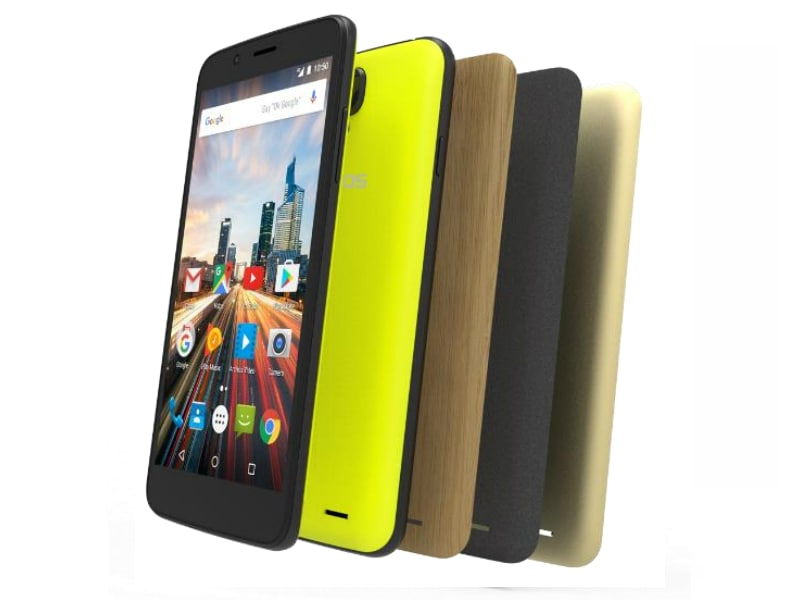 The 55 Helium Ultra is priced at GBP 119 (roughly Rs. 10,500). There is also another variant called Archos 55 Helium 4 Seasons, and it comes with 1GB of RAM, 16GB of inbuilt storage, and 4 back casings at a price of GBP 100 (roughly Rs. 8,800). Both these smartphones will be available in October. The base variant called Archos 55 Helium priced at GBP 89 (roughly at Rs. 7,900), and comes in a 1GB RAM/16GB inbuilt storage bundle. This variant will be made available on the company website from September onwards.