As one would expect, the first rumours and alleged leaks pertaining to the new iPhone started arriving months ago and till now we have so-many words written even before its launch that other smartphones might not see in their entire life-time.

We have sifted through truckload of rumours and have compiled the most plausible ones, to let you know how the new iPhone might look and what it will pack inside.

Design
This is arguably the most prominent factor in any Apple device and taking into account the last iPhone kept the same design as its predecessor, hopes are high that the new iPhone will finally have a new design; even rumours have pointed a similar picture.

Plethora of leaks have suggested one particular new iPhone design, which hints towards a thinner and longer iPhone with unibody aluminum chassis. A series of alleged hands on photos from a French blog gave us an idea of how much bigger and thinner the new model is from the existing one. 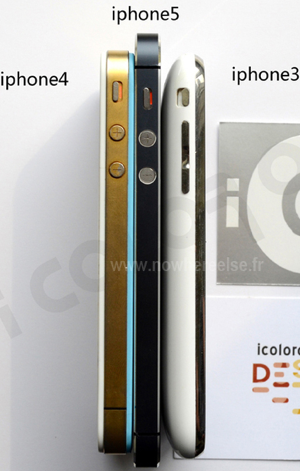 Apple also seems to be replacing the glass back plate with a metal one. The metal plate will have windows at the top and bottom to help with the cellular reception. Among other changes is the 3.5mm audio jack, which is now placed on the bottom instead of the top, and the dock connector. The fruity company is going for a smaller connector instead of the current 30-pin one. While Techcrunch reports that we are going to have a 19-pin port, other leaks suggest a 9-pin affair. A recent leak also gave us a peek at the new USB cable for the smaller port.

Display
In a smartphone market full of monster-sized, successful Android smartphones, an iPhone size increase is a no brainer. Reports from multiple sources have indicated a 4-inch display for the new iPhone. Other reports suggest that Apple will be also be opting for a 16:9 aspect ratio with 1136x640p resolution, the evidence for the same was found in the emulator running iOS 6 beta.

While the 4-inch display is more or less part of every rumour and leak, the touch-panel being used in the new iPhone display is another interesting detail. News agencies like Reuters and Bloomberg have reported that new iPhone will come with new in-cell touch display, which is a new technology that integrates touch sensor in the display itself, thus not only decreasing the thickness but also improving the touch sensitivity. Sharp, LG and Japan Display are reportedly the three companies working on the new in-cell touch panels for Apple.

Processor/ RAM/ Connectivity
The number of rumours for the hardware of the new iPhone has been surprisingly low and there is no credible information on the processor either. Some reports suggest that new iPhone might come with an overclocked 32nm A5 chip, which was last seen in Apple TV (2012) and iPad 2 (2012). 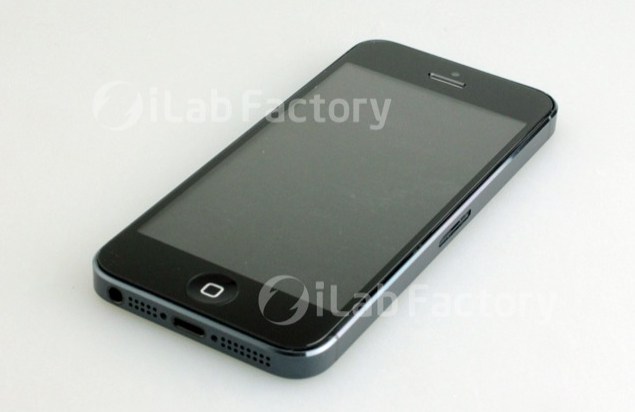 Coming to the RAM, 1GB is the speculated number, which isn't surprising because both iPhone 4 and 4S have 512MB, and it is high time for the increase, also other smartphones like the Galaxy S III (US version) have already reached the 2GB level. 1GB RAM has also worked quite well in the new iPad.

On the connectivity front, 4G LTE variant seems to be on the way in, as company has already introduced it in the new iPad and 4G LTE coverage has also reached in a respectable number of markets in the US. It might not play that big a part in markets outside US, but it will certainly give Apple some marketing juice in the home country. A report from Wall Street Journal also confirmed this and added that the new iPhone will have support for global versions of LTE for Asia and Europe in addition to the United States.

NFC hardware still does not seem likely for the new iPhone, and a recent report by WSJ suggests that Apple has deserted the idea of having NFC in the new iPhone on battery and adoption concerns. Even Anandtech states that the metal back of the new iPhone makes it highly unlikely for NFC to be feature in the device.

As you know, all this is coming from known sources, but still none of this is officially confirmed. We will have to wait for September 12 and Tim Cook to reveal the actual new iPhone for us.

Also read
Sony spills the beans on the iPhone 5 Camera

Are we looking at pictures of the new iPhone?

Further reading: 32nm A5 chip, Apple Inc, Apple iPhone, Apple's new iPhone, Tim Cook, new iPhone
Gaurav Shukla Email Gaurav Gaurav Shukla is a part of the Gadgets 360 news team and based out of New Delhi. Gaurav is responsible for making sure Gadgets 360 news section is updated with the latest happenings from the world of science and technology. When he is not editing or assigning stories, Gaurav writes about mobile devices, social media, and the Internet at large. With over 11 years of experience in tech journalism, Gaurav has reported on everything from the first Android phone to reach the Indian market to how the ...More
Stellar Apple Mail to Outlook 2011 Converter: Review
Sachin Tendulkar joins Facebook; gets 4 lakh likes within hours