That's all from Apple today. To round it up, iOS 8 beta and Mac OS X Yosemite are available for developers today, and both will release to the public later this year. There are several new features and we'll have a round-up live on the website soon, along with more reports tomorrow. Good night.

Federighi steps out and Cook takes his place on stage.

iOS 8 beta is available to developers today. Release to the public is scheduled for the Fall.

A Swift language guide is available on iBooks. Apps written in Swift can be submitted the day iOS and Mac OS X Yosemite are released to the public: Federighi

It is now easy to make a 3D version of games using a tool called SceneKit.

A lot of progamming talk going on now. The gist seems to be that Swift is fast and makes it easier for developers to code.

Federighi is saying that Swift makes coding a lot easier. There's a demo on writing Swift code. It looks like Swift runs code as developers type it and shows the output in a sidebar.

Federighi says Swift is much faster than Objective-C. This talk is targeted at developers and the crowd is cheering.

iOS 8 has improved the graphics capability on supported devices. Console quality graphics will be available on iPads: Federighi

Third-party apps can now define widgets in the Notification Center.

iOS 8 gets a new feature called Extensibility. Apps can now reach out to other third-party apps. An app like Bing can offer translation right inside Safari.

Craig Federighi is now on stage.

The App Store will get an Explore tab and a feature for top trending searches. Cook says the best apps will have a new Editors' Choice logo. Developers get the ability to offer apps in bundles, so that users can buy multiple apps at a discounted price: Cook.

Tim Cook returns to the stage.

You can now say, Hey Siri, to activate Siri. You can use Siri to purchase songs too. Also, maps in China have been improved, Craig Federighi says.

iCloud photos will be accessible on Windows too, via the Web.

Photo edits are instantly synchronised between iOS devices. The same features will come to the Mac early next year, Craig Federighi says. He shows the crowd a demo of the upcoming Photos app for Mac.

The Photos app lets you edit exposure and saturation, among other settings. These edits are instantly uploaded to your iCloud photo library.

iOS 8 Photos app now gives you search suggestions. You can search by location, time and albums to find the pictures you need.

With Family Sharing, up to six family members can share purchased apps, songs, etc. If a child buys an app, parents get a message on their phones, asking them if they would like to allow the child to buy it.

Another new feature is Family Sharing.

He's moved on to the health-related features in iOS 8.

Apple now has a Device Enrollment Program, that makes configuring it for enterprise easy. It automatically downloads all the enterprise apps: Craig Federighi

Craig Federighi is speaking about Enterprise. He says 98% of the Fortune 500 use iOS.

You can also send video messages via iMessage. You can listen and reply to audio messages from the lock screen on iOS 8.

You can also send audio messages on iMessage.

Tapping the Details button on the top-right in the Messages app shows you the location of people in your group message thread. You can also mute notifications from any of your conversations. This is Do Not Disturb on a per-thread level.

Messages is the most frequently used app on iOS: Craig Federighi

Quicktype supports predictive typing suggestions. It is context sensitive, says Federighi. The keyboard learns how you type. None of your keystrokes leave the device, it is private.

The iOS 8 keyboard has a new feature called Quicktype.

Spotlight Search is much improved. You can search the App Store, iTunes Store, get suggestions for directions, Wikipedia pages, etc.

Swiping all the way across towards the left deletes messages in the iOS 8 Mail app: Craig Federighi

The Mail app detects invitations from your mail and asks you if you want to add it to your calendar.

You can accept or decline calendar invitations from the lock screen: Craig Federighi

While composing a mail, you can swiped the message down to access the rest of the mail: Craig Federighi

In the Mail app, you can swipe to the right to mark a message unread.

iOS 8 has interactive notifications. You can reply to messages from the Notification Center.

Craig Federighi is back on stage to talk about iOS 8.

Today, we're announcing iOS 8. It is a giant release: Cook

89% of iOS users are using iOS 7: Cook. This is in stark contrast to Android, he says. Cook says around 9% of Android users are on Android KitKat. Over a third of their users are running a version of the OS from four years ago. That's ancient history, Cook says.

Overall satisfaction for iOS 7 is 97%: Cook

Over 130 million new users bought Apple devices. Many of them switched from Android: Cook

Non-developers can signup on the Apple website to try OS X Yosemite. With that Federighi steps off stage. Cook is back.

OS X Yosemite is available to developers today. Everyone else will get it in the Fall and it will be free: Federighi

You can select phone numbers on your Mac and call people via your Mac: Federighi

You can relay SMS messages between all your Apple devices (iPhone, iPad, Mac). You can even accept phone calls on your Mac and use it as a speakerphone.

Type a mail on your iPhone and your Mac will show a prompt in the dock. You can finish typing on your Mac.

If you are working on your Mac, you can pick up where you left off on your iPad: Federighi

Federighi is now talking about Continuity. We want transitions between (devices) to be absolutely simple, Federighi says.

If you draw a messy arrow using the Markup feature, the app converts it to a smooth curving arrow.

Apple says you can email images from Safari in one click. Another feature called Markup lets you edit images right inside the Mail app.

When you type a search keyword in the Safari search bar, the browser suggests Wikipedia pages if the search has a famous personality or common term.

Time for a Safari demo.

Safari now has a tab view that gives you a bird's eye view on all tabs: Federighi

Safari now has a smart search view that shows you all your favourites (bookmarks): Federighi

Federighi now talks about Mail app. There's a new feature called MailDrop. Attachments up to 5 GB can be sent via iCloud: Federighi.

iCloud documents can now be accessed from Finder: Federighi

Federighi is now talking about iCloud.

Spotlight can show you movie information (show times) from the Web, and give a link to that movie from the iTunes store, Federighi says.

Spotlight can now convert units from imperial to metric units

Federighi is showing Spotlight Search. You can use it to find apps, reminders, contacts, etc, Federighi says.

He's showing how you can drag widgets to the Today view in the Notification Center.

Spotlight search is now a big field in the middle of the screen, which opens when you click the search icon at the top-right. You can open apps, get information from Wikipedia and access Maps from Spotlight Search.

Notifications on Mac OS X get an iOS-like Today view.

All in all, they come together for the most gorgeous and usable version of OS X: Federighi

Yosemite now has a dark mode. Federighi says this is for those who get distracted by bright menus.

Windows have translucent effects. Federighi says your windows reflect the personality of the desktop wallpaper

Apple is showing a video about the changes in Mac OS X design. Looks like the new version features a design overhaul.

Federighi is talking about Apple's attempts to name the new version of Mac OS X.

Windows 8 shipped a year before Mavericks, it's (adoption rate) is at 14%. Need I say more, Cook asks.

While the industry declined by 5% Macs, grew by 12%, says Tim Cook.

You are going to see the mother of all releases for developers: Cook

We are going to talk about OS X and iOS: Cook

Cook: Two-thirds of the attendees are at WWDC for the first time.

Cook says this is the 25th year of WWDC.

Several people are praising developers of their favourite apps in the video.

The event has begun. Apple is showing a video. Various people are speaking about the apps they use on iPhones and iPads.

The event is about to begin. Stay tuned. 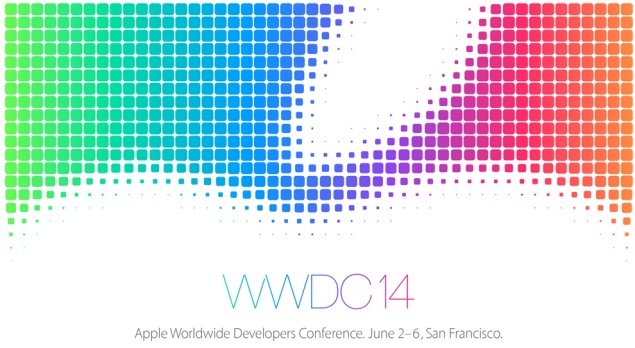 Apple will kick off its annual Worldwide Developers Conference on Monday with CEO Tim Cook and other key company executives offering a glimpse of what to expect from the Cupertino-based giant the rest of the year. Apple is expected to preview its next-generation mobile and dekstop operating systems, iOS 8 and OS X v 10.10 respectively.

Thanks to dozens of leaks and even a few teasers from Apple itself - Senior Vice President Eddy Cue has boasted that the products coming later this year are the best he's seen in 25 years - we have a fairly good idea of what to expect at WWDC 2014.

One of the most tantalising rumours suggests that we'll see new iMac and MacBook models. The iMac is said to be more affordable than existing models, which would help Apple strengthen its position in emerging markets and attract orders from educational institutions where it has traditionally had a strong footprint.

The new MacBook, which could be the basis for a new or revamped product line, is said to be a 12-inch model. It might replace the current MacBook Air lineup, but would come with the same kind of Retina Display that defines the current MacBook Pro models.

Even more recent leaks suggest that Apple has something entirely different in mind - a home automation platform. After Google's recent acquisition of Nest, Apple might be trying to make sure its competitor isn't able to entrench people in an ecosystem spanning every part of their lives.

Apple has also been allegedly working on wearable devices for several years, and with Samsung, Google and other companies jumping into the battle with all guns blazing, now would be the time to act. We might see a smartwatch iPhone accessory, or perhaps some kind of fitness tracker.