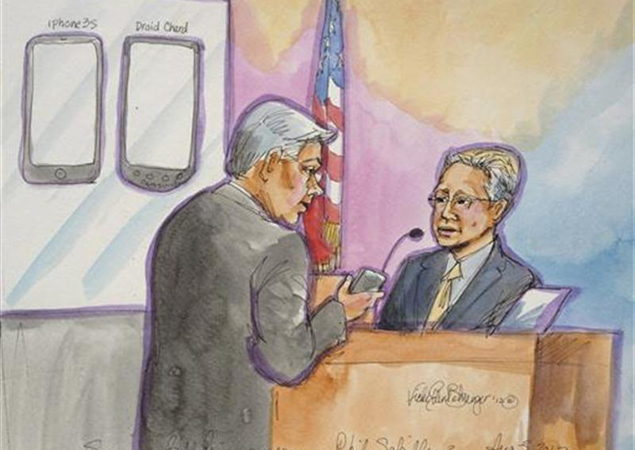 Apple wants Samsung Electronics to pay $22 million of the legal bills that the iPhone and iPad maker has rung up so far defending its mobile device patents in a courtroom battle.

The money sought in documents filed Thursday would be in addition to the $930 million in damages that juries decided Samsung owes Apple Inc. after hearing evidence of patent infringement in two separate trials held in a San Jose, Calif., federal court during the past 15 months. The latest verdict was handed down last month.

Apple is asking U.S. District Judge Lucy Koh to order Samsung to pay $15.7 million in attorney fees. That would cover less than one-third of the more than $60 million that Apple says it owes its lawyers in the case.

Apple also wants Samsung to reimburse its lawyers for $6.2 million in various expenses.

A Jan. 30 hearing has been scheduled to examine Apple's requests.

Lawyers for both Apple and Samsung Electronics Co. figure to make millions of dollars more from the skirmishing between the leading makers of smartphones. Samsung has vowed to appeal the damages that the juries awarded Apple, and another patent infringement trial involving more recent models of the companies' mobile devices is scheduled for next year.