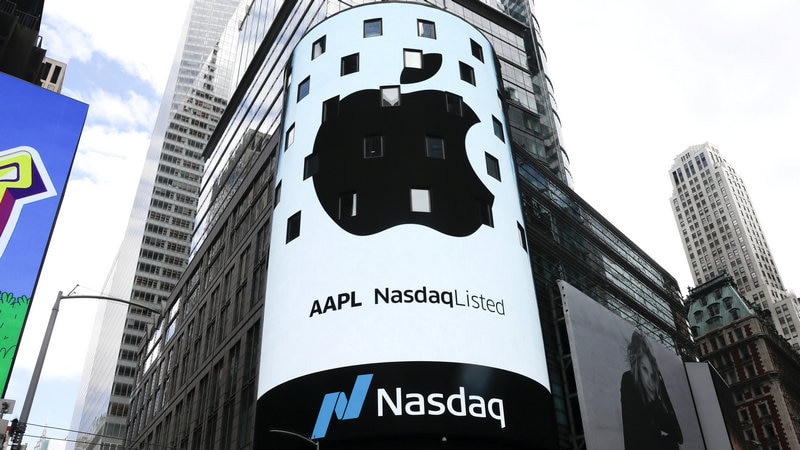 "Apple's $1 trillion cap is equal to about 5 percent of the total gross domestic product of the United States in 2018," said David Kass, professor of finance at the University of Maryland. "That puts this company in perspective."

"The combination of a strong macro environment and an increasingly engaged customer base led to double-digit growth in all regions," Morgan Stanley said in a note, according to CNBC. "A clean beat on the path to $1 trillion."

Apple on Wednesday stated in a regulatory filing that as of July 20, 2018, the company had 4,829,926,000 shares, said Howard Silverblatt, a senior index analyst with S&P Dow Jones Indices.

Based on that number, Apple needed a $207.05 price to reach $1 trillion in market value, Silverblatt said. If the company continues to buy back its shares, the $207.05 price will rise. In calculating market cap, S&P uses the most recent number of shares trading multiplied by the stock price.

"These are the actual shares outstanding able to trade, even though some may be held by insiders, interlocks or others," Silverblatt said.

In other words, the share price means people would pay a lot - $1 trillion - to buy the company.

Apple is among the most widely held stocks in the world. It makes more money and pays its owners - the shareholders - more than any other public enterprise on the planet.

Because of its size and value, the health of Apple ripples through the US economy and its markets. It pays dividends to tens of millions of investors who own Apple stock directly or indirectly, from pension funds to individuals.

"It's probably the most popular equity investment anywhere," Kass said, "and as it reaches new heights, it is taking consumers, investors and others along with it."

Apple came of age of age at such a speed that it surpassed a giant like Exxon, which is still a very profitable oil company. If you bought $10,000 of Exxon at the same time you bought Apple, the Exxon shares would now be worth $1,133,839 - a very hefty gain but a fraction of the still-youthful Apple.

"What's remarkable about Apple is not so much its stock price as the amount of money that it makes," said Chris Brightman, chief investment officer of Research Affiliates, an institutional investor with more than $200 billion under management. "Some companies are priced by the market on hopes and dreams of future profits. Amazon is the poster child there. You have other companies that don't make any money. Like Tesla. Apple is not at all in that category."

"They revolutionised communications," he said.

The iPhone's launch on June 29, 2007, turned the Cupertino, California-based Apple into a financial juggernaut.

As the stock market has climbed up and up this year, technology companies have propelled the gains. Amazon, Google parent Alphabet, and Microsoft have all watched their fortunes rise - and investors have watched closely to see which would hit $1 trillion first.

"Someone's got to cross that [$1 trillion] line first," financial historian Niall Fergson said. "I guess you wouldn't have put your money on Apple being the winner prior to the iPhone."