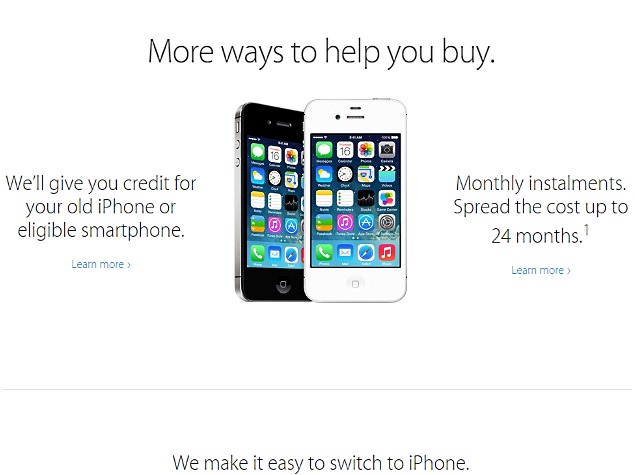 Apple, expanding its Reuse and Recycle Program, has started accepting Android, BlackBerry and Windows Phone smartphones trade-ins from Monday towards store credit via Apple Store Gift Card for a new iPhone or a direct bank transfer. Alongside, the company has started accepting trade-ins of PC models made by various manufacturers.

The new trade-in model for the Reuse and Recycle program will first roll out to consumers in the US, France, United Kingdom, Germany, Canada and Italy, and has been spotted on the company's individual retail store pages. The program is valid for select Android, BlackBerry and Windows Phone devices against the purchase of iPhone 5c, iPhone 6 and iPhone 6 Plus only, and it doesn't include Apple Watch in the trade-in. 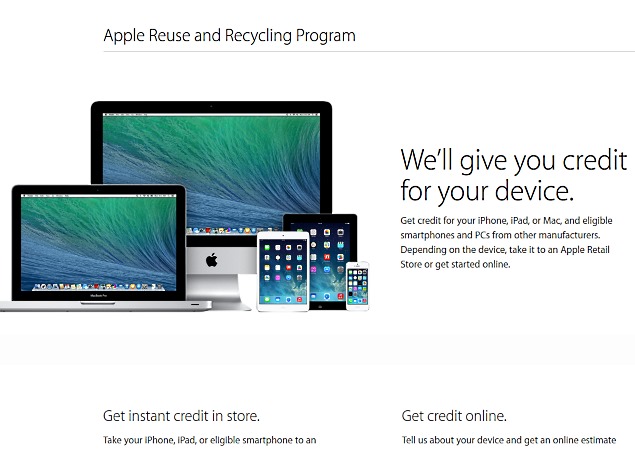 To remind you, the expanded Reuse and Recycle program to include non-iPhone devices was first reported earlier this month. In the meanwhile, Bloomberg last week had also reported a trade-in would launch in China on March 31, but would not support trade-ins of smartphones from other manufacturers.

According to the Bloomberg report, Apple's CEO Tim Cook believes that China is poised to overtake the United States as the company's biggest market, and he is working to double the number of stores in Greater China by the middle of next year.

Under the China program, Foxconn will buy the iPhones directly, without Apple taking ownership, and repair the devices if needed before selling them on its e-commerce websites such as FLNet and on Alibaba Group Holding Ltd's Taobao online store, added Bloomberg.