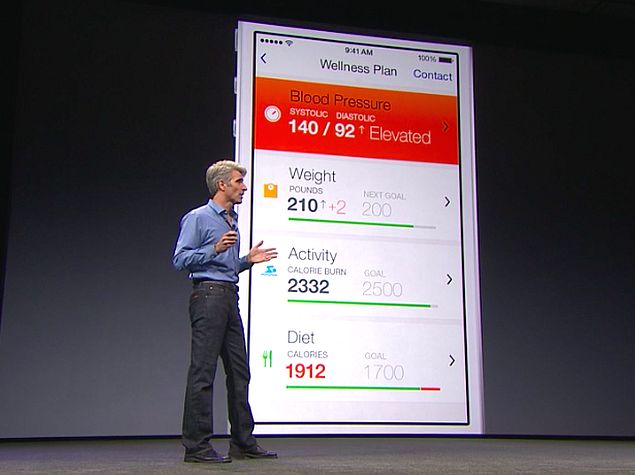 Apple Inc took the wraps off a mobile application that can collect and analyze users' health data, part of a suite of new features outlined for its computing and mobile software, at its annual developers' conference on Monday.

Called "Healthkit," it will pull together data such as blood pressure and weight, collected by a growing plethora of healthcare apps on the iPhone or iPad, Apple executives told developers.

The company will work in tandem with Nike Inc, a major player in fitness tracking, and the Mayo Clinic on the new feature, which will be included with the latest versions of Apple's mobile software.

Apple, which will discuss new software features with the thousands of developers gathered in San Francisco this week, did not elaborate on Healthkit's features and capabilities.

It is unclear how Apple will promote Healthkit. Samsung plans to market SAMI by hosting a developer challenge and setting aside a $50 million fund for early-stage digital health entrepreneurs.

Monday's event in downtown San Francisco, an annual pilgrimage of sorts for the large and growing Apple developer community, was short of major surprises.

Apple has one of the most dedicated software communities in the tech industry, with more than 9 million registered developers. Every year, the iPhone maker and rival Google Inc, whose Android mobile devices comprise an estimated four-fifths of all smartphones sold globally, show the latest software enhancements to thousands of prospective developers.

Apple described how its latest "Yosemite" Mac software, which comes on the heels of its well-reviewed "Mavericks" release, will come with a new Internet storage application, and allow users to pick up calls and see text messages relayed to iPhones.

Computer users would also be able to call up maps, search for information or look up documents by typing directly onto their home screens.