Apple to Power Spotlight With Bing; Use DuckDuckGo for Private Browsing 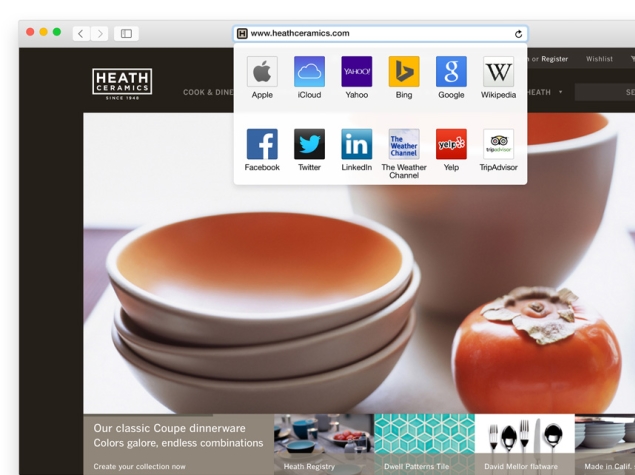 At the event, Apple did not launch any new devices; however, introduced a slew of software features for its upcoming iOS 8 and OS X Yosemite operating systems that includes integration of Microsoft's Bing search services (doing away with Google) into its new version of Spotlight (which revamps search on OS X Yosemite) for iOS and OS X. DuckDuckGo support for private browsing in Safari was also announced.

Apple has revamped and added new functions to its Spotlight, which is the system-wide search tool. Users can now search the Web, and if it recognises a common term, it'll show information directly from Wikipedia, Maps, Bing, iTunes, and various other providers. Natural language recognition was also emphasised, as well as features such as suggestions, and even unit conversions, making it more like Siri for OS X.

The Cupertino-based giant also overhauled the overall look of its Safari and introduced a privacy-minded DuckDuckGo search engine.

The Yosemite preview page notes, "Safari now gives you more control over your privacy on the web. You can open one Safari window in Private Browsing mode - which doesn't save your browsing history - while keeping others in regular browsing mode. You can also now search the web using DuckDuckGo, a search engine that doesn't track you."

The move to replace Google Search and choose Bing as one of the options in Spotlight search provider and also to add DuckDuckGo, instead of any Google services, is seen as move to sideline Google services, as noted by Searchengineland.

Some of the other additions in the new version of OS X Yosemite, which is scheduled to be released this fall, include Handover (including voice calls) and Airdrop; new iCloud Drive view is integrated into the OS X Finder; Safari enhancements; improved notifications and widgets, and updated mail among others.