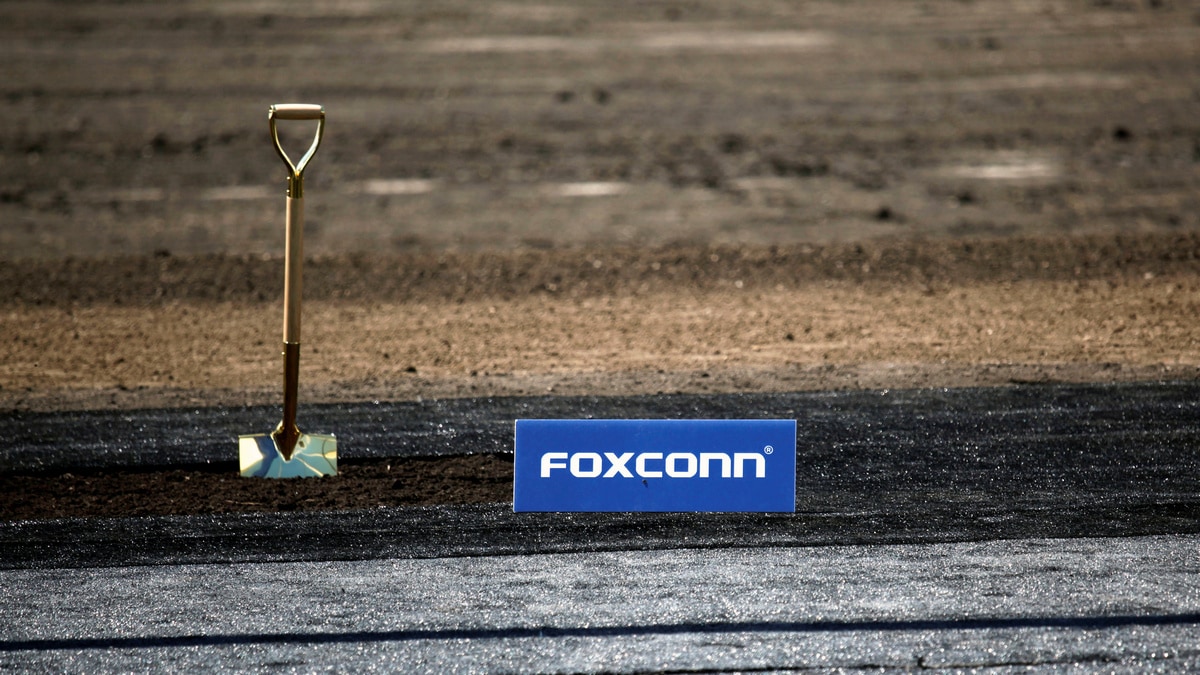 Taiwan's Foxconn, a key supplier to Apple, posted a better-than-expected 23 percent rise in quarterly profit on Wednesday and forecast slight growth in its core business next year.

The latest solid showing from the world's largest contract electronics manufacturer should ease investor concerns over weak global demand, as it comes on the heels of Apple's positive earnings forecast for the year-end holiday quarter.

But the protracted Sino-US trade war has kept global tech firms on their toes, prompting some to warn of lower sales and cut production.

Foxconn Chairman Liu Young-way told an investor conference after the quarterly results that he expects slight yearly growth in 2020 in its consumer electronics and smart devices business, which includes smartphones and TVs, thanks to "a stabilising global economic situation." He did not elaborate.

Liu also said Foxconn hopes to boost its gross profit to more than 10 percent in 3-5 years from 6-7 percent now, citing a "transformation" plan which includes investment in areas including making parts for electronic vehicles and digital health.

The company attributed the profit rise from TWD 24.88 billion a year earlier to improving margins from subsidiaries including handset maker FIH Mobile, which returned to profit in the third quarter.

"We predict an improving outlook for Hon Hai in 2020 thanks to better iPhone shipments," KGI Securities said in a report ahead of the results, referring to Foxconn's official name Hon Hai Precision Industry.

KGI expects iPhone shipments to grow up to 10 percent in 2020 and said higher demand for new technologies such as fifth-generation (5G) mobile technology could also help Foxconn boost sales and margins.

Foxconn manufactures the bulk of Apple's iPhones in China, and analysts estimate nearly half of its revenue comes from the US firm.

More US tariffs against China are set to take effect on December 15, although officials from both sides said they have agreed to roll back tariffs on each others' goods if a "phase one" trade deal can be negotiated.

Liu did not elaborate on the trade war's impact on Foxconn, but said it has to be "very flexible" in making adjustments in its global operations, noting it has factories in Vietnam and India.

Liu also said Foxconn would continue to invest in Wisconsin, dismissing speculation it may be considering scaling back such plans. He said in addition to flat screen panels, the company plans to invest in areas including high performance computing and data centres in the state.

Prior to the earnings announcement, shares in Foxconn, which has market capitalisation of around $41 billion, closed down 1.4 percent on Wednesday, lagging the broader market.

Despite trade war concerns and generally sluggish global demand for electronics, the stock has gained nearly 27 percent so far this year.

OnePlus 7 Pro 5G to Receive Its Android 10 Update in First Quarter of 2020
Overwatch 2 'Isn't as Controversial as It Sounds', Jeff Kaplan Says