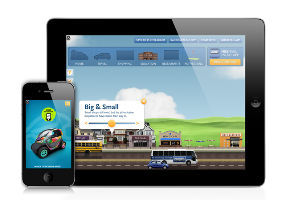 Apple Inc asked a U.S. judge on Thursday to punish Samsung Electronics Co Ltd for a Samsung attorney's conduct by ordering that the South Korean company has infringed Apple's phone design patents, according to a court filing.

However, Samsung called Apple's demand "frivolous" and "unprecedented" in a legal brief filed later in the day.

U.S. District Judge Lucy Koh on Tuesday had barred Samsung's attorneys from presenting some evidence during opening statements. Later that afternoon, Samsung emailed reporters links to that material, along with a statement that "fundamental fairness requires that the jury decide the case based on all the evidence."

Samsung attorney John Quinn, of the law firm Quinn Emanuel Urquhart & Sullivan, acknowledged in a court filing this week that he authorized the press statement but said it was not designed to influence the jury.

"The members of the jury had already been selected at the time of the statement and the transmission of these public exhibits, and had been specifically instructed not to read any form of media relating to this case," Quinn wrote.

Apple called his conduct "egregious, because it impugned the integrity of the court," according to its legal brief on Thursday.

A typical sanction for attorney misbehavior is a monetary fine, but Apple is asking Koh to rule that Apple's phone design patents in the case are valid, and that Samsung has infringed them. Those are issues that the jury has been empanelled to decide.

Samsung fired back in its filing, saying Apple could cite no legal precedent for the harsh punishment it sought.

"Apple's request is an affront to the integrity of the jury," Samsung, which is a supplier of components to Apple, wrote.

The trial is set to resume on Friday.