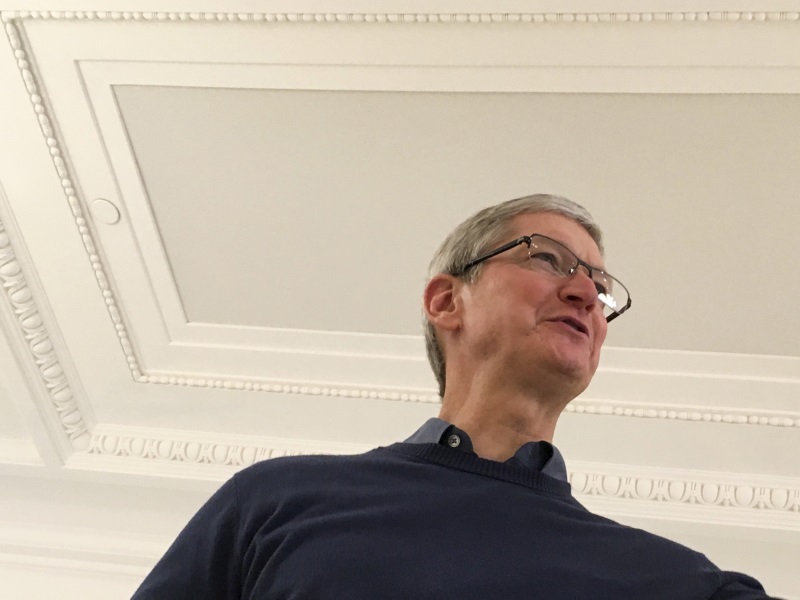 Rights groups have condemned the draft legislation as an attack on civil liberties, while technology firms have said the plans are ambiguous, compromise customer security and would create a legal minefield.

"It would also likely be the catalyst for other countries to enact similar laws," Apple said in a document sent to a parliamentary committee scrutinising the new legislation, British media reported.

The legislation could paralyse "multinational corporations under the weight of what could be dozens or hundreds of contradictory country-specific laws" Apple's submission continued.

The parliamentary committee, which fields opinions from experts on proposed legislation, said it had received a submission from Apple, but it had not yet passed through formal protocols for publication on its website.

Apple's British and US media offices were not immediately available for comment.

Technology companies fear they may be forced to hand over data held in other countries, which Apple said could "immobilise substantial portions of the tech sector and spark serious international conflicts".

The proposed legislation would give British intelligence agencies partial access to Internet browsing records and outlines powers for the bulk collection of data.

Worryingly for technology firms, the bill spells out how agencies can "interfere" with electronic equipment such as computers and smartphones to obtain data, which may require the "assistance" of communications service providers.

"The bill as it stands seems to threaten to extend responsibility for hacking from government to the private sector," Apple said.

Also of concern for technology companies is an obligation in the bill for communications service providers to be able to retain and intercept certain types of communications and "remove any encryption", the draft law says.

Apple said that would require technology companies to adopt weaker encryption standards that would make "the personal data of millions of law-abiding citizens... less secure".

"A key left under the doormat would not just be there for the good guys. The bad guys would find it too," the company said.

At the time of unveiling the bill, officials said separate existing laws on data interception, encryption and electronic interference would only be consolidated in one piece of legislation, and would not be strengthened.

May said the new legislation would not force foreign-based companies to meet "domestic retention obligations" for communications data.

She also said the bill's most intrusive powers would be under a "double lock" requiring her authorisation and that of a judge.

However, technology firms and many members of the public are concerned that governments already have too much access to communications data after revelations of widespread surveillance by former intelligence analyst Edward Snowden.