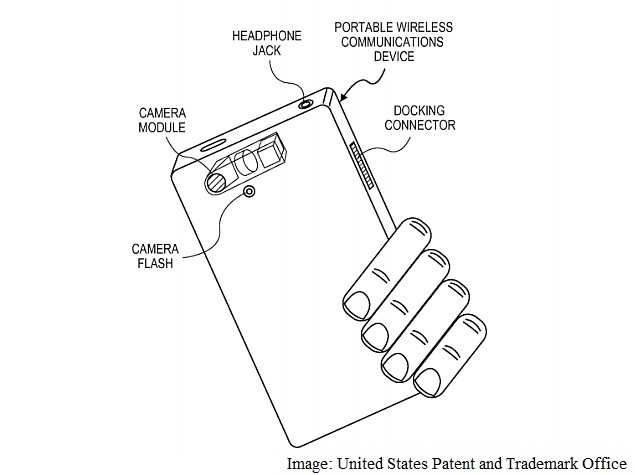 An Apple patent granted and published on Tuesday, titled 'Digital camera with Light Splitter', indicates that the company may use the newly patented technology on its upcoming iPhone to give it better optical image stabilisation, colour accuracy, and even a 'true zoom lens'.

The patent is now listed on the US Patent and Trademark Office's site, and points to a new light-splitting camera sensor system. Apple is seen to be employing a three-sensor prism-based camera module that splits light into component red, green and blue (RGB) colours, picking up these individually with each sensor before combining them. Other colour sets like CYGM and RGBE also described.

Apple Insider points out that the company's design uses the light-splitting technology that are commonly seen on products from major camera companies such as Canon, Panasonic, and Philips among others.

The abstract from the official Patent page reads, "A digital camera component is described that has a light splitter cube having an entrance face to receive incident light from a camera scene. The cube splits the incident light into first, second, and third colour components that emerge from the cube through a first face, a second face, and a third face of the cube, respectively."

The patent goes on to describe the advantages of the new light-splitting design, such as improved colour accuracy, polarised space for a zoom lens, polarisation without brightness loss, and extraction of image data. 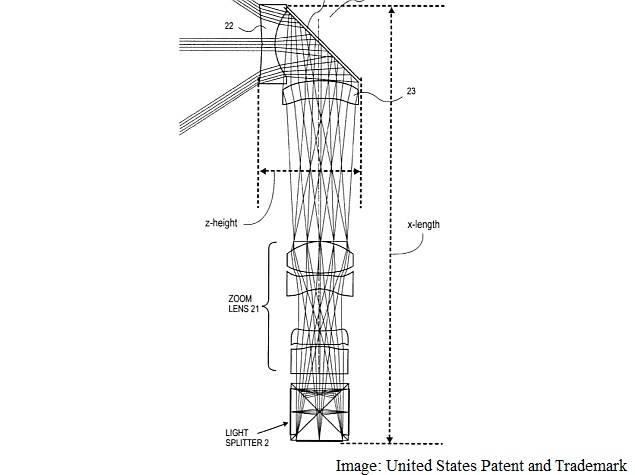 Notably, the true zoom lens feature is referred to in patent document. "The zooms lens may be a true zoom lens that can also maintain focus when its magnification or focal length is changed. These are also referred to as parfocal lenses," it notes.

TechCrunch reports that the light-splitting technology might be costly to implement on iPhones, if compared to the current iPhone camera arrays. It adds that the component will also take more space in phone's chassis, something Apple is unlikely to allow. "More accurate colours and better low-light performance might balance out those downsides, depending on how much Apple can minimize the parts required," it notes.

Apple every year introduces a new iteration of its iPhone with some advancements and upgrades. Last year, Apple launched the iPhone 6 Plus with OIS (optical image stabilisation), which is one of the most notable differences between the iPhone 6 and iPhone 6 Plus. Apple however had to face some criticism for using a protruding camera. It's worth noting that the current flagships from Samsung - the Galaxy S6 and Galaxy S6 Edge, and even the HTC One M9, also include protruding cameras.

The Xbox One AIB Video Says a Lot About Microsoft India - and It's Not What You'd Think
Xiaomi 'Ferrari' Phone, First Smartwatch Launch Expected at Tuesday's Event