Apple's voice assistant Siri may soon become smarter by offering personalised responses to different users speaking to it. As of now, Siri does not have multi-user support, but if a newly granted patent for 'user profiling for voice input processing' is any clue, Apple may be introducing the feature. The company had already launched a 'Personalised Hey Siri' feature earlier this year, but the voice assistant is not able to distinguish between different users for customised responses. However, that may change soon, meaning "Hey, Siri, read my text messages" would, for instance, yield a different set of responses depending on which family member is talking to the HomePod. Apple has separately filed a patent that details an in-display fingerprint scanner using a new technology, and expected to be made available in upcoming iPhone models.

First spotted by Apple Insider, the US Patent and Trademark Office (USPTO) has granted a patent to Apple with the title "User profiling for voice input processing". The key idea presented in the patent is to enable Siri to identify different users, either through a username and password, specific commands, or biometric voice print. Following the identification, Siri would be able to respond using a library of past commands to match a specific user's content preferences or requests or phrasings. 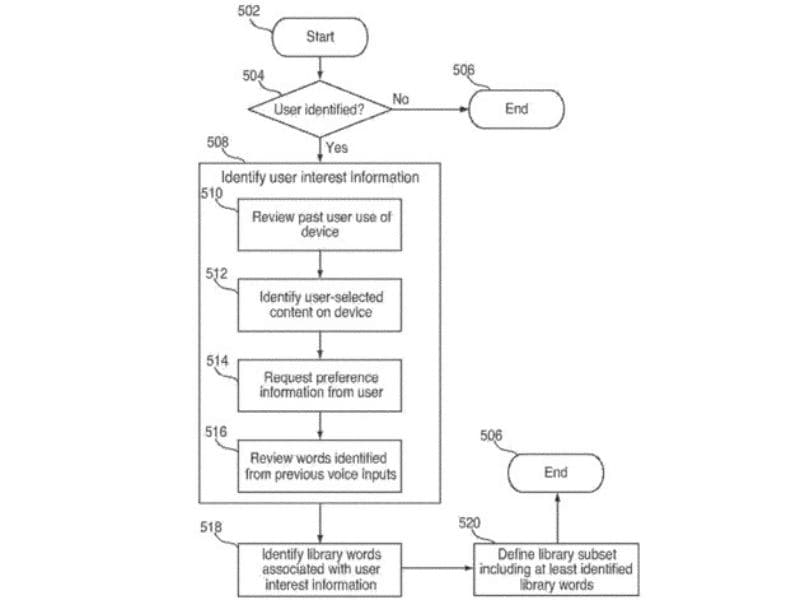 As of now, it is unclear whether Apple is working on enabling Siri to respond appropriately to different users or just not giving access to any other users. Although the patent was published August 14, it was filed in April 2017.

The new Apple patent reads as - "This is directed to processing voice inputs received by an electronic device. In particular, this is directed to receiving a voice input and identifying the user providing the voice input. The voice input can be processed using a subset of words from a library used to identify the words or phrases of the voice input. The particular subset can be selected such that voice inputs provided by the user are more likely to include words from the subset. The subset of the library can be selected using any suitable approach, including for example based on the user's interests and words that relate to those interests. For example, the subset can include one or more words related to media items selected by the user for storage on the electronic device, names of the user's contacts, applications or processes used by the user, or any other words relating to the user's interactions with the device."

Meanwhile, according to a Patently Apple report, another patent application in USPTO reveals that Apple is working on an in-display fingerprint scanner that uses a dielectric sensor, other sensors that overlap, and at least one light source. 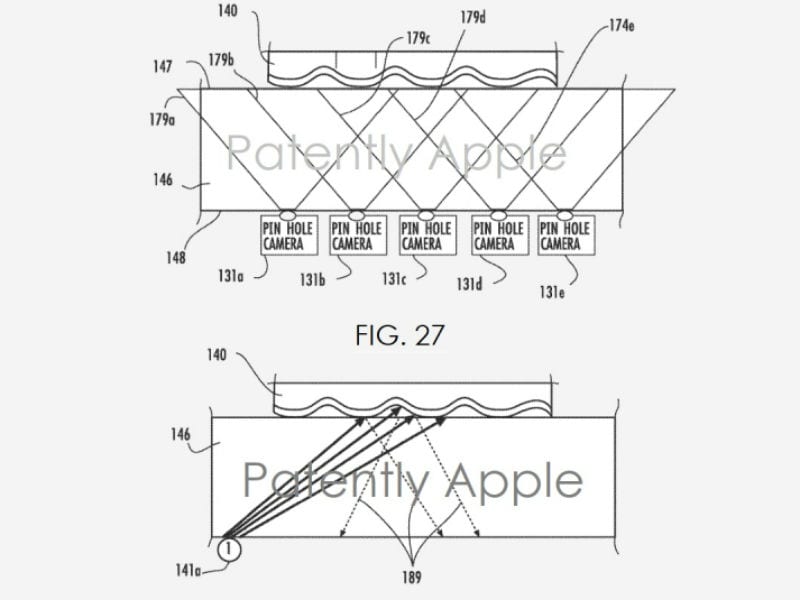 The iPhone models in future could be able to get 3D fingerprint ridge data. Rather than sensors, cameras under the display may be used to capture a fingerprint structure in 3D.