Samsung and Huawei ranked second and third respectively, according to Strategy Analytics and Canalys.

After many successive quarters of Asian dominance, the global smartphone market saw a resurgence from American tech giant Apple, which started the smartphone revolution with the iPhone in 2007. The Cupertino-based company took the lead in the global smartphone segment by shipments, overtaking Samsung and Huawei in Q4 2019. Apple accounted for a greater market share for the final quarter of 2019 thanks to strong demand and pricing for its iPhone 11 series, according to two independent research and analytics firms, Canalys and Strategy Analytics.

Although Canalys and Strategy Analytics report different figures for global smartphone shipments, the data released by both firms state that Apple led the segment in Q4 2019, ahead of Samsung and Huawei which ranked second and third respectively. Xiaomi and Oppo completed the top five, while the combined shipments of all other smartphone vendors accounted for around 30 percent of all shipments. 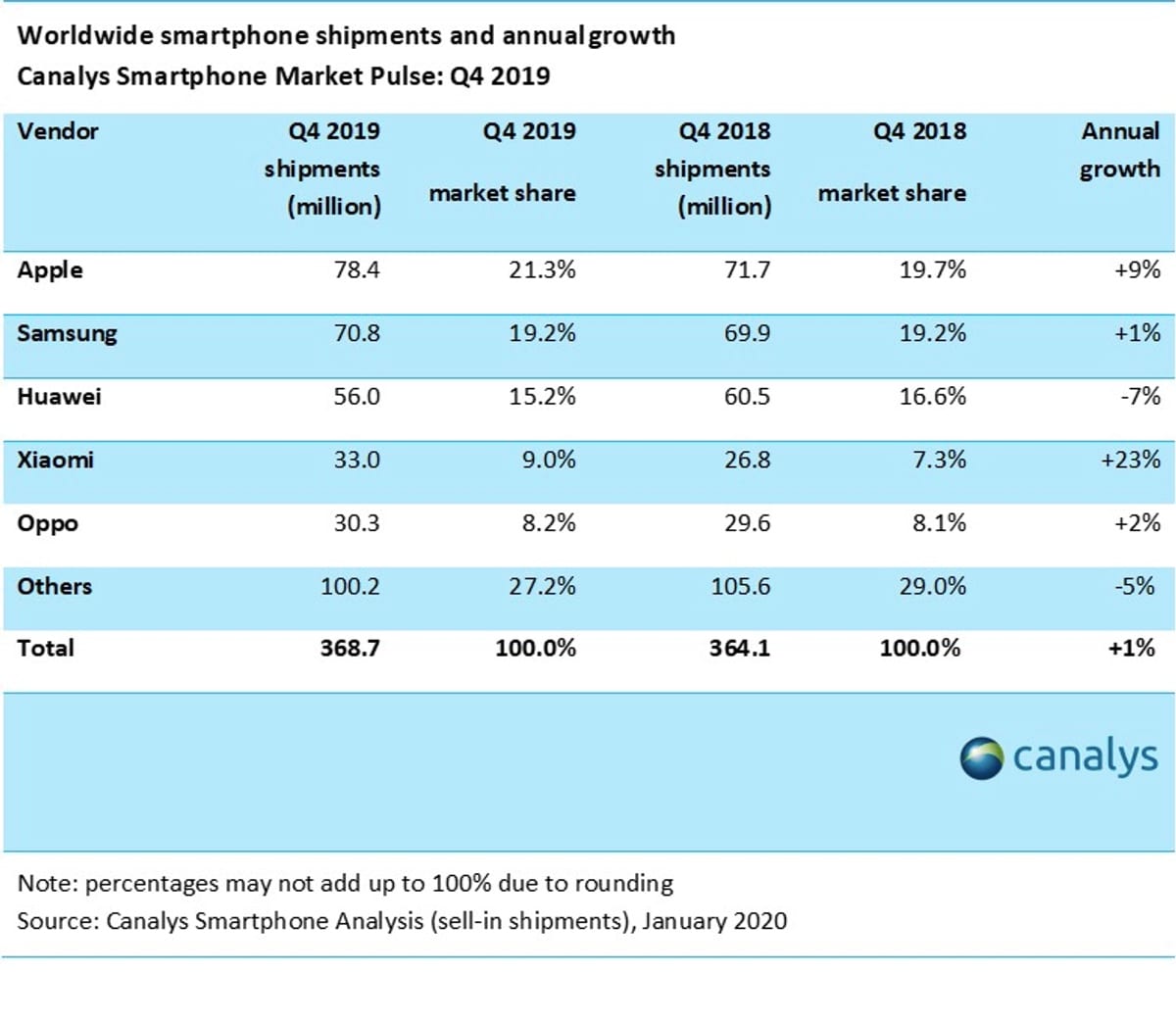 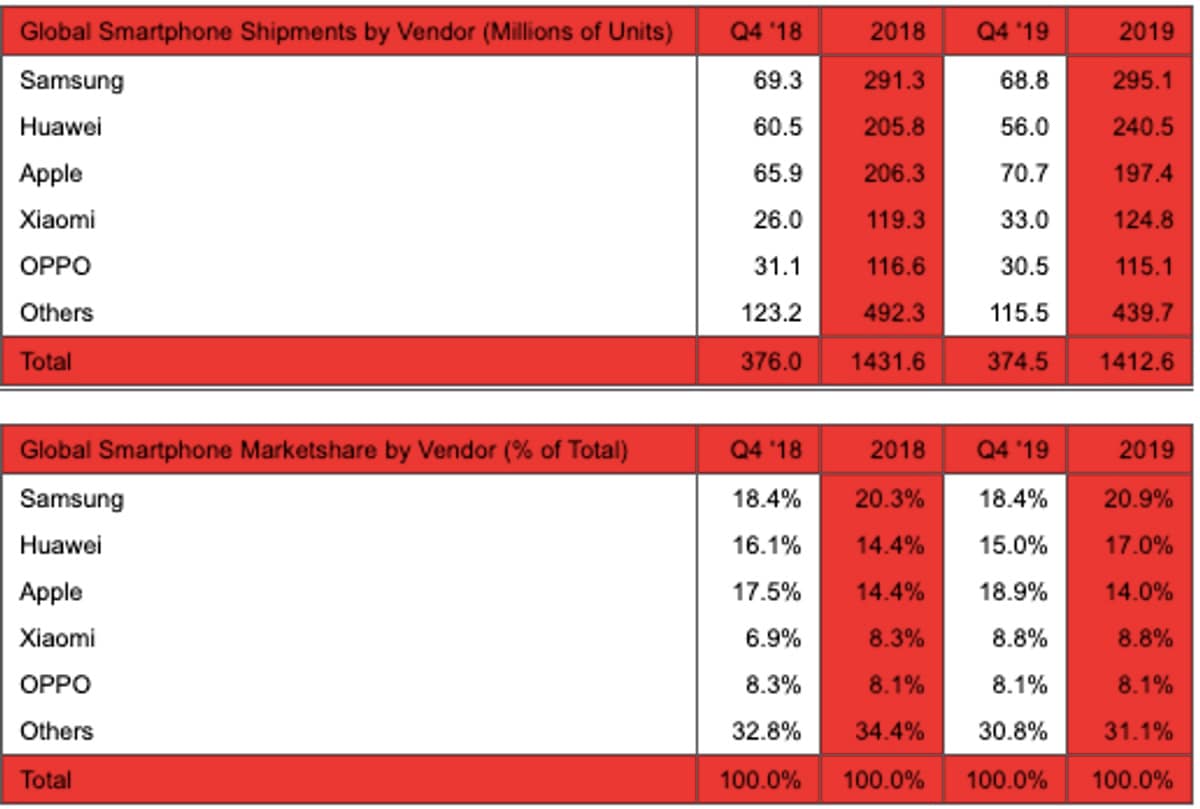 Apple's lead in the segment has been put down to strong demand and sales on the iPhone 11 series, particularly the iPhone 11 (Review) itself. Priced at Rs. 64,900 onwards in India, the iPhone 11 has helped Apple's rise in popularity thanks to its competitive pricing. The promise of capable hardware and current-generation specifications at lower prices have made Apple an attractive option for buyers once again, even while its top-end devices continue to be among the most expensive in the market.

Both reports suggest that Samsung retained its market share going from Q4 2018 to Q4 2019, but its lack of growth allowed Apple to take the lead. While Huawei had strong shipments, its US ban has affected growth and shipments globally. Xiaomi - the market leader in India - saw significant growth, while Oppo managed to hold on to its place in the top five.

What is also noteworthy about the reports by Canalys and Strategy Analytics is the shrinking footprint of all other smartphone vendors outside the top five. Just five manufacturers account for around 70 percent of the global market, while every other manufacturer combined accounts for only 30 percent - less than the share held by Apple and Samsung alone.

Counterpoint shared similar statistics in its Q4 2019 report, as well as its calendar year report, where it matches with Canalys and Strategy Analytics to claim Huawei displaced Apple to take the second spot in global smartphone shipments for the whole year.

Further reading: Apple, Samsung, Huawei, Xiaomi, Oppo, iPhone 11, Canalys, Strategy Analytics
Ali Pardiwala Email Ali Ali Pardiwala writes about audio and video devices for Gadgets 360 out of Mumbai, and has covered the industry for a decade now. Ali is a Senior Reviewer for Gadgets 360, where he has regularly written about televisions, home entertainment, and mobile gaming as well. He is a firm believer in 4K and HDR on televisions, and believes that true wireless earphones are the future of the personal audio industry. Ali is available on Twitter as @AliusPardius and on email at alip@ndtv.com, so do send in ...More
Moto G Stylus Spotted on Geekbench, Live Photos and Specifications Leak
Realme C3 Launch in India Next Week: Specifications and Everything Else We Know So Far