Apple may spin off iTunes Radio into a standalone app 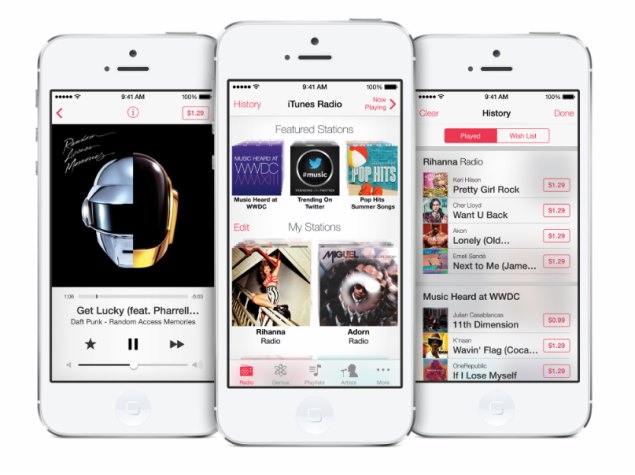 Details of Apple's plans for iOS 8 are beginning to emerge. In addition to assorted improvements, Apple is reportedly going to extract the iTunes Radio feature from the Music app and give it its own space, front and centre. The move follows similar treatment of the Videos, Podcasts and iTunes U sections over the years.

Apple's move, reported by 9to5mac, could be an attempt to increase visibility and usage of its free music streaming service and make it more competitive with similar apps from Pandora, Spotify, and iHeartRadio, amongst others. Samsung has also recently launched its own streaming service, called Milk, in the US. According to figures from Statista, Pandora currently dominates the US web radio streaming market with 31 percent listener share, with iHeartRadio a distant second at 9 percent, and iTunes Radio close behind at 8 percent.

It is not clear whether the decision is final, or even whether iTunes Radio app will be preinstalled on all iOS devices or offered as an optional download. Preinstalling the app would give Apple a distinct advantage over its competitors. The app's functionality would be identical to the current iTunes Radio app within the Music app.

With increased usage will come improved ad revenue. The iTunes Radio service is free and ad-supported, although users who sign up for the paid iTunes Match service do not receive ads.

iTunes Radio is currently available in the US and Australia, though 9to5mac also reports that the company is aggressively trying to expand its licensing arrangements to other major markets, including Canada and the UK.

Apple launched iTunes Radio along with iOS 7 in September 2013, following years of speculation that it would move from offering outright purchases of music to a subscription-based model, following the emergence of new competition.