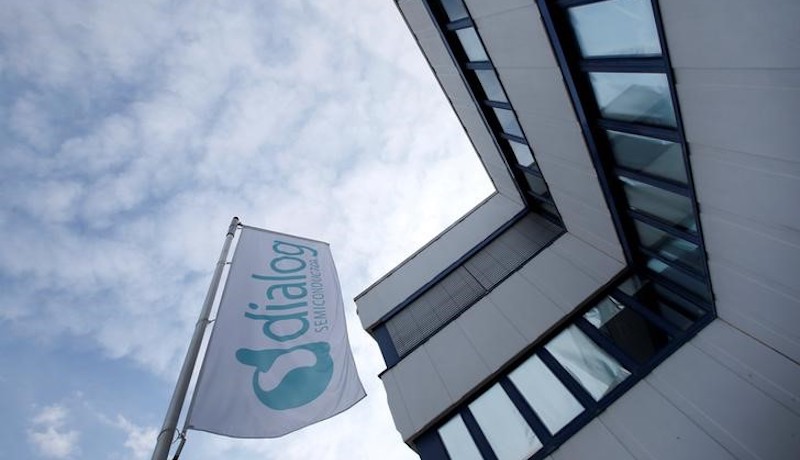 Dialog Semiconductor risks losing a crucial supply deal with Apple, according to a financial analyst who cut his rating on the stock on Tuesday, sending the Anglo-German chipmaker's shares down by as much as one-third.

Bankhaus Lampe cut its rating on Dialog to "sell" from "hold" as it argued in a research note that Apple was working on its own battery-saving chip for the iPhone that could replace Dialog's power management integrated circuits (PMIC) as early as 2019.

Apple accounted for more than 70 percent of Dialog's 2016 sales, the broker estimated.

"In our view, there is strong evidence that Apple is developing its own PMIC and intends to replace the chip made by Dialog at least in part," Bankhaus Lampe analyst Karsten Iltgen advised investors.

A source familiar with the matter confirmed that Apple was recruiting top Dialog engineers in Munich. "They are poaching like crazy," the person said.

A Dialog spokesman declined to comment. He added that the company is not planning to release any official statement.

The downgrade comes after Imagination Technologies was advised by Apple that it planned to replace Imagination's graphics chip designs in upcoming products, sending shudders through Apple's global component supply chain.

Iltgen is a four-star rated analyst for the accuracy of his earnings estimates on Dialog and ranks sixth among 16 analysts covering the stock, according to Thomson Reuters data.

Dialog has made several failed attempts to diversify beyond Apple and other smartphone customers in recent years.

In 2014, merger talks between Dialog and Austrian sensor chip maker Ams AG fell apart after they failed to come to terms. Its plans to buy US-based Atmel in 2015 were derailed after Microchip swooped in with a higher bid.