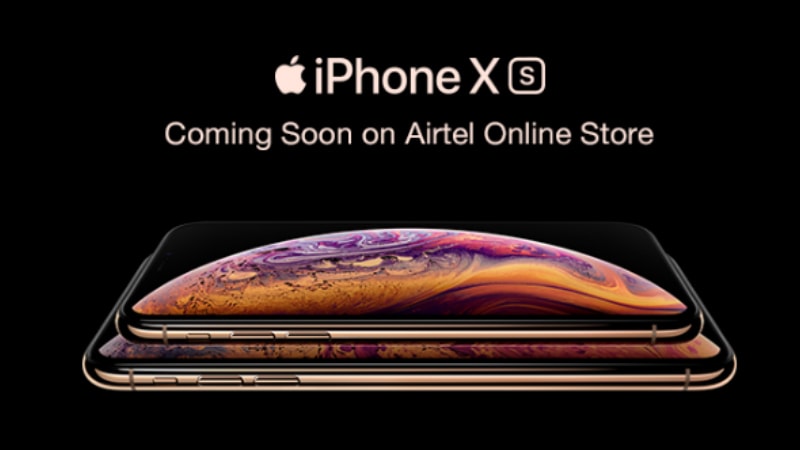 iPhone XS, iPhone XS Max, and iPhone XR India pre-order dates have been announced by Airtel. The flagship iPhone XS duo will be available for pre-orders via the Airtel Online Store from September 21, while the more affordable iPhone XR will go up for pre-order from October 19. This comes after Apple announced dual-SIM functionality on its iPhones, with the second SIM being an eSIM. Airtel and Jio offer eSIM functionality in India, and Jio is also expected to announce pre-orders for the new iPhone models soon. Apple had, at the launch, announced that iPhone XS and iPhone XS Max will become available to buy in the country from September 28, while the iPhone XR will become available to buy in the country from October 26.

Airtel has not yet listed pre-order offers on its Airtel Online Store, but we expect some offers to be announced soon. The store currently lists the new iPhones as 'coming soon'.