The iPhone 6s and the iPhone 6s Plus are more powerful than the Huawei Nexus 6P, Xiaomi Mi Note Pro, Samsung Galaxy S6 Edge+, the OnePlus 2, or any other Android smartphone launched in 2015, as per the latest benchmarking statistics. In a new report released by AnTuTu detailing the Top 10 Devices of 2015, Apple's flagship smartphones have been found way ahead of its competition. 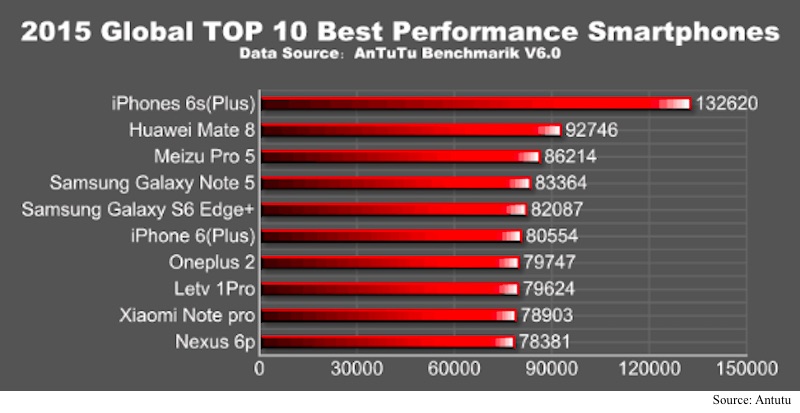 To understand why an iPhone has so much processing muscle, we must realise that it doesn't run Samsung's Exynos or Qualcomm's Snapdragon line of processors like most of the Android smartphones. Instead, the iPhone 6s has Apple's custom-made dual-core A9 SoC. To make things more amusing, the iPhone 6s Plus has 2GB of RAM, while many of the competitive Android handsets have 4GB of RAM. To note however, is that there are few cross-platform benchmarks available for both Android and iOS devices, making comparisons difficult in most cases.