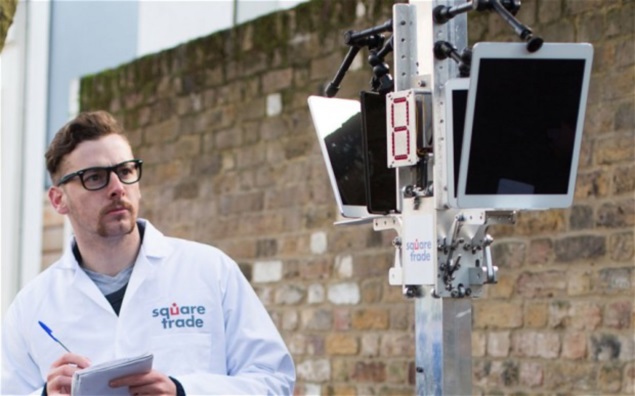 New research by an insurance firm suggests that when it comes to being 'fragile', Apple devices are not superior to devices from brands like Samsung, Google's Nexus and Motorola. The study finds the Apple iPad mini to be the most fragile gadget, closely followed by the Samsung Galaxy S4.

The Telegraph has reported research by SquareTrade Europe which involves device durability testing against some extreme situations, such as dropping a device onto a concrete floor from a set height or water dunking.

The study reveals that Apple dominates the top 10 list of 'most breakable gadgets' with four devices (Apple iPad Mini, iPad Air, iPhone 5c and iPhone 5s included. The study also lists three Samsung devices in the top 10, and three Google devices including two Nexus tablets (made by Asus) and the Moto X. The study states that Samsung's 2013 flagship smartphone, the Galaxy S4 is the second in the list of most fragile gadgets.

The study looks at the design, construction and weight of the device, as well as its 'grip-ablity' and water resistance. Further, the study involved a breakability score, which was given to each device after dropping it, with the higher score intended to show the most fragile device.

The report also quoted Kevin Gillan, managing director of insurance firm SquareTrade Europe: "We are all investing in more and more technology, so when we do we want to make sure that we are going to get our money's worth. By putting devices through tests that replicate real life situations, we want to help people make smart choices when it comes to choosing gadgets and ensure they are covered against accidental damage."