iOS 12.4 allows users to directly and wirelessly transfer data to a new iPhone during setup.

iOS 12.4 could be the last major update before Apple ships iOS 13 later this year

While iOS 13, macOS Catalina, and watchOS 6 are still a few months away, Apple has released fresh updates for all its operating systems. Apple released iOS 12.4, macOS 10.14.6, watchOS 5.3, and tvOS 12.4 for all compatible devices on Monday. iOS 12 has received its fourth major update since its initial release back in September last year. Apple had released iOS 12.3 around two months ago which introduced the company's new TV app. Monday's updates include several enhancements and security fixes for all major devices.

iOS 12.4 comes with a new feature that lets users transfer all their data directly and wirelessly from their iPhone to another iPhone during the initial setup. This will make it easier for users to migrate to a new iPhone model by directly transferring all their older data. 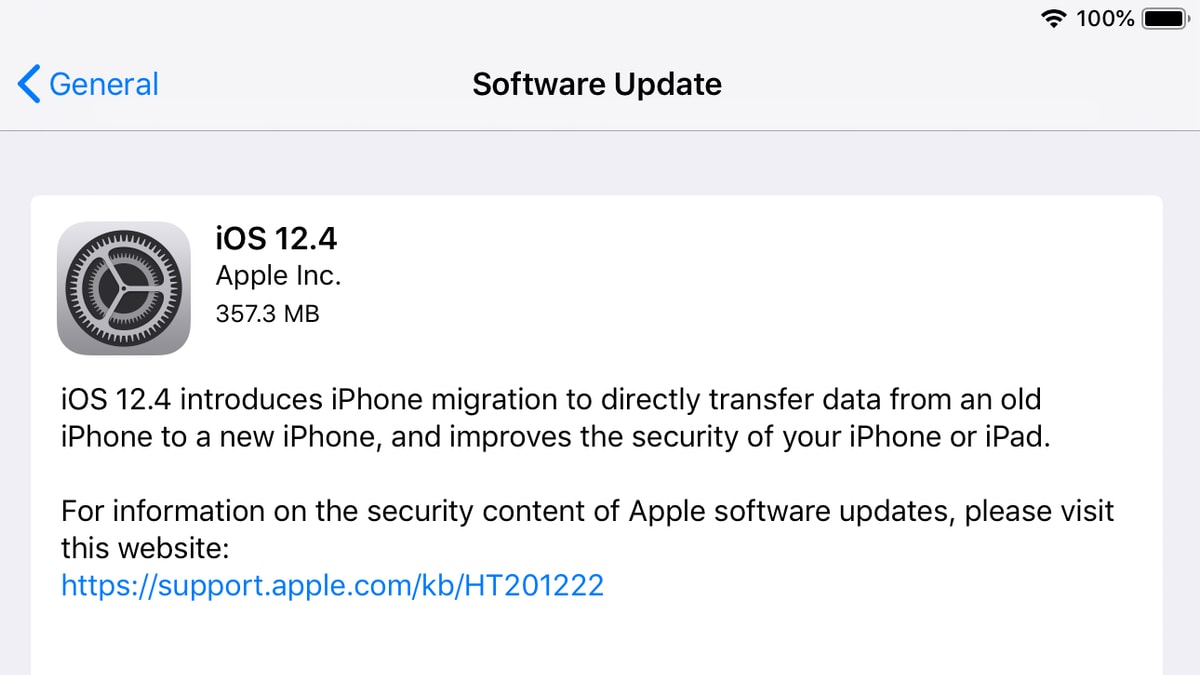 Besides this, iOS 12.4 also brings several enhancements to Apple News+. Users will now be able to access downloaded issues in the My Magazines section even while they're offline. The News+ feed will now include all publications in Apple News+, including newspapers. Users can also clear downloaded magazine issues by going to History > Clear > Clear All within the app.

The update also includes a security fix, amongst other security updates, that patches a vulnerability that affected the Walkie-Talkie app on Apple Watch. Once updated, the functionality will start working again on the Apple Watch.

Apple has also released the seventh update to watchOS 5, watchOS 5.3. The latest update doesn't come with any new major features, but the Walkie-Talkie app will start functioning again once users install iOS 12.4. The feature was turned off for the last couple of days due to a security flaw that could potentially allow others to spy on people.

watchOS 5.3 also activates the ECG support along with irregular heart rhythm notifications for users in Canada and Singapore. The feature is limited to Apple Watch Series 4 users. The ECG feature is now available in over 25 countries. This could be the final update for watchOS before Apple releases watchOS 6.

To install watchOS 5.3, open the Apple Watch app on your iPhone and go to General > Software Update. You'll be able to download and install the update directly to your Watch. Make sure your Apple Watch has at least 50 percent battery or simply keep it plugged into the charger.

Apple says the macOS 10.14.6 update improves the stability and reliability of your Mac and recommends that all users should install it. It comes with a bunch of bug fixes and some minor enhancements. Besides other changes, macOS 10.14.6 also carries all the Apple News+ updates that have shipped with iOS 12.4. A major issue that prevented a new Boot Camp partition on iMac and Mac mini models with Fusion Drive has been resolved with the latest update.

Go to System Preferences > Software Update and you'll see a notification for a fresh update. In case you don't see anything, check for new updates manually and you'll see the macOS 10.14.6 update available for your Mac.

Lastly, Apple has also pushed a fresh software update for its Apple TV devices. tvOS 12.4 is compatible with fourth and fifth-generation Apple TV devices. The update doesn't include any new features. Since Apple doesn't offer any release notes for tvOS updates, it's not possible to determine what's new.

To install tvOS 12.4, simply open the Settings app and navigate to System > Software Update. In case you have automatic updates enabled, you've probably already upgraded to the latest release.