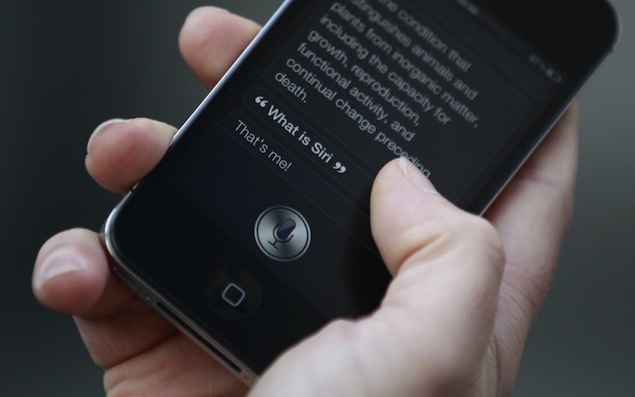 Apple is said to be working on expanding the functionality of its voice-based virtual assistant, Siri, enabling it to work with third-party applications other than Apple's own native apps, apart from making it more intelligent. According to the reports, the app is being worked upon keeping in mind its compatibility with the proposed Apple iWatch.

The report, by The Information (via Techcrunch), claims Apple is looking to make up for missing features on Siri, like booking a rental taxi or make hotel reservations, by enabling third-party app integrations on the platform. This would also allow for offerings like a third-party messaging app.

Other supposedly planned improvements to Apple's Siri virtual assistant platform quoted by the report includes the intelligence to decide what content to show on the screen according to the screen space, implying uses such as what to display on the expected iWatch wearable device, based on the user's movement and location.

The Cupertino giant's obvious goal with the Siri platform would be to make it an actual virtual assistant instead of just a little more than a voice-based intelligent search tool, by adding information gathering and analysis. Google has also been working on improving the functionality of its voice-based virtual assistant, Google Now, and if leaks of Microsoft's Cortana virtual assistant are anything to go by, the Redmond giant will also allow it to use various information about the user to offer suggestions and other assistance.

Besides Siri's availability on smartphones and tablets, it recently debuted as part of the core-interface of Apple's, a feature that allows users to plug their phones into compatible in-car systems in order to control entertainment, navigation, and call handling features via voice commands and steering-mounted controls.

With Apple CarPlay, users will be able to trigger Siri via a steering-mounted button, allowing them to control phone functions while keeping their eyes on the road. Siri can be used to dial numbers, answer or reject calls, read messages, take dictation, trigger music and podcast playback, and launching apps. Third-party apps will also be supported, and popular entertainment apps such as Beats Radio, iHeartRadio, Spotify and Stitcher have already been announced as launch apps.