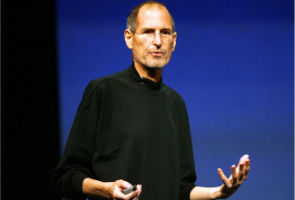 Highlights
US technology giant Apple said on Friday that it has filed a lawsuit in South Korea claiming Samsung Electronics copied its products, in the latest round of an international legal battle between the pair.

"We have filed a lawsuit against Samsung with the Seoul Central District Court," Steve Park, a spokesman for Apple Korea, told Dow Jones Newswires.

Apple Korea said in a statement it was "no coincidence that Samsung's latest products look a lot like the iPhone and iPad, from the shape of the hardware to the user interface and even the packaging.

"This kind of blatant copying is wrong, and we need to protect Apple's intellectual property when companies steal our ideas," it said.

"We will continue to actively defend and protect our intellectual property and to ensure our continued innovation and growth in the mobile communication business," it said in a statement.

Samsung and Apple are entangled in widening legal battles.

Apple in April filed suit against Samsung in San Francisco claiming the Korean firm copied its smartphones and tablet computers.

Samsung's Galaxy Tab has been a best-selling rival to the iPad, which has dominated the growing market for the touchscreen devices.

Despite their prickly competition in finished products, the two firms have a close business relationship.