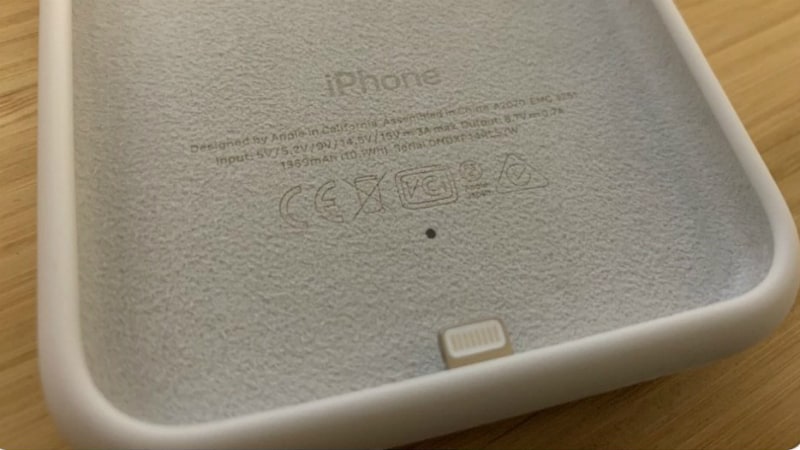 The new Smart Battery Case for the iPhone XS and iPhone XS Max is found to have a 10.1Wh battery

As spotted by some users on Twitter and Reddit, the description on the Apple Store site for the Smart Battery Case mentioned its compatibility with the AirPower mat for a short time. The listing reportedly read, "The Smart Battery Case is compatible with AirPower Wireless Charging Mat and other Qi-certified chargers."

Apple managed to fix the description shortly after it got noticed by some users. However, as MacRumors reports, the listing for the new Smart Battery Case in Malaysia continued to have the mentioning of AirPower support for several hours. The company had pulled the references at the time of filing this story, though.

While the AirPower was initially promised to debut in 2018, Apple failed to meet its original timeline. The multi-device wireless charging device was designed to charge not just the compatible iPhone models but also Apple Watch and AirPods.

It seems that the marketing team at Apple was expecting the launch of the AirPower mat before the arrival of the Smart Battery Case. This could result in the inaccurate mentioning for a short while.

Apple hasn't formally announced the battery capacity of the Smart Battery Case for the iPhone XS, iPhone XS Max, and iPhone XR. However, it does show that users can expect somewhere around 47 to 75 percent longer Internet browsing times than what they get without the case, depending on the device.

The battery status of the case can also be seen from the iPhone lock screen or through the Notification Centre. Moreover, you may need to reboot your device to discard the incompatibility warning that says, "This accessory is not supported by this device." Ritchie says the case worked with an iPhone X running iOS 12.1.3 (beta version).

However, Ritchie highlighted in his tweet on Thursday that the speaker grills aren't aligned on the iPhone X. This might be the reason why Apple's support page makes the new Smart Battery Case incompatible with the iPhone X.