Apple and Google Competition More Brutal Than Before: Eric Schmidt 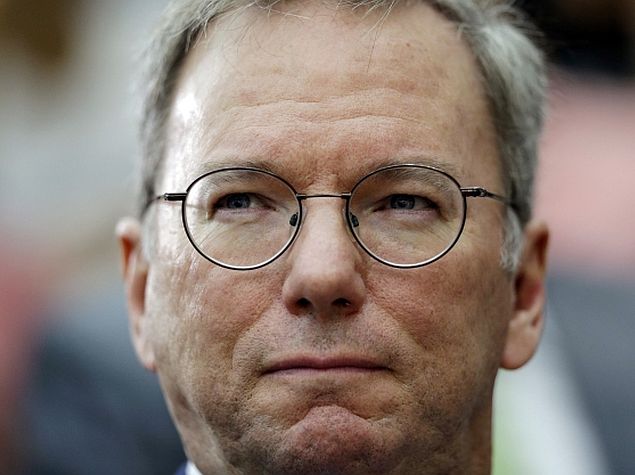 Last week, Google Executive Chairman, Eric Schmidt, while promoting its book "How Google Works", made a rather controversial statement in an interview with Bloomberg's Market Makers, when he said that Samsung had products like Apple's iPhone 6 in the market a year ago.

Schmidt in the interview with Bloomberg also admitted that the competition between Apple and Google is more brutal than before, though the consumers benefit from this rivalry.

"In fact I would say that this brutal competition between Apple and Google over Android and iOS has enormous benefits for consumers worldwide," Schmidt is quoted as saying. "If you look at the innovation on the Apple side and on the Google side, that competition which I think is the defining fight of the computer industry, it benefits global at the billions of people level."

The book How Google Works written by Eric Schmidt and former Google product chief and SVP Jonathan Rosenberg goes on to detail the similarities - and differences - the two companies.

In an excerpt of the book published by Recode, Schmidt writes about the meeting he had with Apple CEO Steve Jobs in 2010, where Jobs talked about his belief that Android was based on Apple's intellectual property.

On a sunny spring day in March 2010, Eric [Schmidt] sat in his car at the intersection of Embarcadero Avenue and El Camino Real in Palo Alto, looking at the trees surrounding Stanford's football stadium and reflecting on the past couple of hours and waiting for the light to change.

He had just come from having coffee with Apple CEO Steve Jobs at a restaurant called Califia. The two had sat outside at the California-cuisine-oriented cafe, discussing Google's growing mobile operating system, Android. Steve was convinced that the open-source operating system was built on intellectual property created by Apple. Eric responded that we hadn't used Apple's IP and had in fact built Android on our own. But his argument was to no avail. "They are going to fight us," he thought.

The excerpt also talks about the friendship between Eric Schmidt and Steve Jobs, going back to 1993, when Eric was at Sun and Steve was at NeXT.

Steve and Eric built a friendship over the years, and in the summer of 2006 Eric was invited to join the Apple board. Before he accepted the job, he and Steve had a conversation about the potential conflicts of interest between Apple and Google. Apple was working on the iPhone, and Google had been working on a mobile operating system for about a year, having purchased Andy Rubin's company, Android, in August 2005.

But when the Android team posted a YouTube video in 2007 unveiling Android - months after Apple had launched the iPhone - Steve Jobs concluded that Android's user experience was too much like iPhone's, and things were never the same between the two individuals as well as companies.