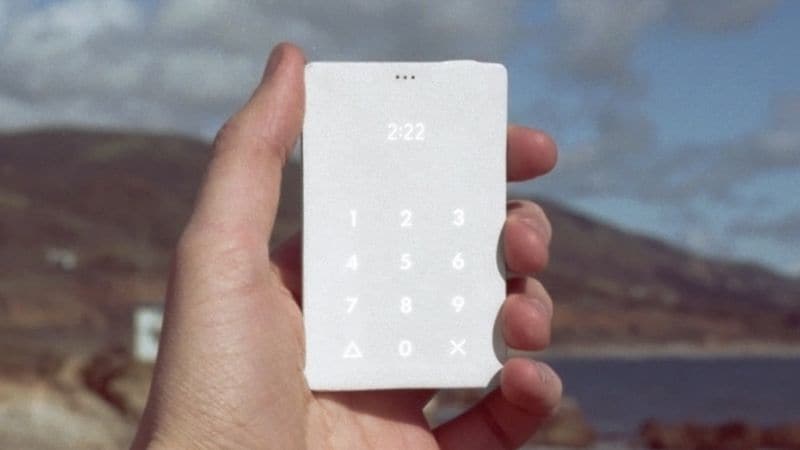 It's hard to imagine a day without our smartphones. However, for those who feel tired of their smartphone's intrusion in their personal space, there are few technology startup companies that have come up with products that make sure you don't troubled by your smartphone but still enjoy a connected experience.

Light Phone, one of several such Kickstarter-backed devices, was launched earlier this year with a promise to start shipping its 'anti-smartphone' in May. However, the company has apparently run into "few limitations" that have caused delays - and now shipments will begin out of its Yantai, China factory from November 30.

"We are still in beta. We've run into a few limitations in our initial user experience goals due to some iOS restrictions. They are not going to effect the experience of being light, but will make turning on call forwarding a little bit more manual. We are experimenting with the various options with our beta users. We will be shipping the phones regardless as to not delay any longer and will continue to provide frequent software updates to early adopters," wrote the company on its website.

The company promises that the first large batch of Light Phones (White in colour) will start shipping in November while early supporters will receive the devices in December.

"We will continue to rollout batches of phones over the following weeks. The night (Black in colour) colourway of the phone will be shipping out of our factory the first or second week of January, we are in the process finalising the exact date," added the company.

Light Phone was launched at $100 (roughly Rs. 7,000) with the aim to be the opposite of a smartphone, and it forwards calls from your primary smartphone with the help of an app. The company at launch claimed that the Light Phone was designed to be used as little as possible. Light Phone can offer a battery life of up to three weeks with a single charge and it doesn't support Internet. The phone features a 2G Nano-SIM and allows calls. It sports a touch module, microphone, and Micro-USB port. The phone has no camera as well.

The company on its website has also acknowledged the delays in shipments. "We understand that we have long since missed our timeline goal, and we appreciate your understanding. We've learned so much from the process and will continue to improve in all possible ways. We took on the ambitious task of building the software in house with a small team in order to maintain ultimate control over the experience, however we regret not having methods for projecting accurate timelines," added the company.