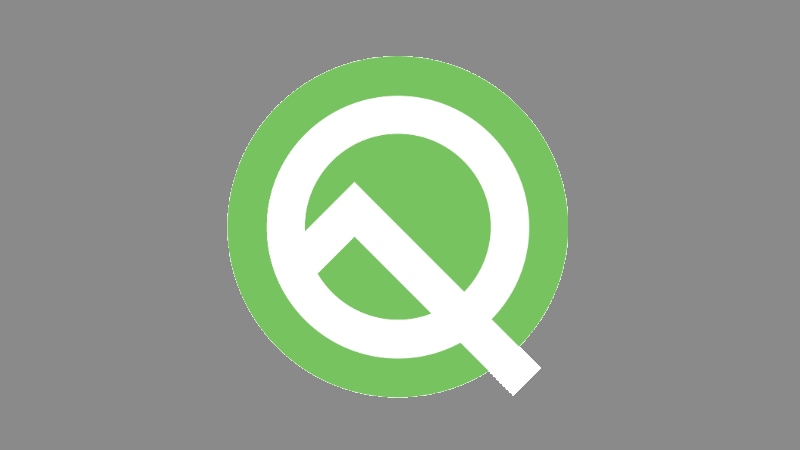 Android Q, which is the next iteration of Google's mobile operating system and comes as the successor to Android P released last year, has now been made official. Google has released the first beta build of Android Q specifically for Pixel users. While the list of all the changes coming to the new Android version is expected to be released at the time of its public debut -- sometime in the third quarter of this year, the Android Q Beta 1 brings some of the significant upgrades over Android Pie. One of the new offerings is the availability of the precise permissions for giving location access to apps. Google has also added improvements pertaining to foldable phones.

Similar to how Google brought Android P initially, the first beta version of Android Q is available for Pixel, Pixel XL, Pixel 2, Pixel 2 XL, Pixel 3, and Pixel 3 XL. The search giant has notably retained the original Pixel models, though they already passed the general support window of receiving Android version updates for the first two years from their debut.

However, Google has also provided downloadable factory images for all the eligible Pixel phones. Enthusiasts can also opt for sideloadable OTA files.

If you don't own a Pixel device but are keen to experience what Google has brought through the first beta of Android Q, you can download the latest emulator system images via the SDK Manager in Android Studio and see all the changes through the Android Emulator.

It is worth mentioning here that similar to all the existing beta updates, the first beta build of Android Q is only meant for testing purposes. Therefore, it is recommended to download the build on a secondary device and be ready to face some issues during the course of your usage. You can, however, give your feedback and report bugs to the Android team.

While Google has now released the first beta build of Android Q, the final public release of the new Android platform is planned for the third quarter of this year. Meanwhile, the next beta release is scheduled for early April that would be followed by the third beta build of Android Q. It should be announced at Google I/O 2019 that will begin on May 7.

Google is also set to bring the fourth beta build of Android Q along with final APIs and the official SDK in addition to Play publishing offering for supported apps in June. However, the fifth and the sixth beta builds of the new platform will come in the third quarter as release candidates for testing and final testing, respectively. After that, the Android maker is set to bring the final release to AOSP and the ecosystem.

The first beta build of Android Q aka Android Q Beta 1 brings some of the major changes over what was available on Android Pie so far. The first change is the additional control for sending location details to apps. Similar to iOS, users on Android Q can select whether they give apps permission to see their location never, only when the app is in use or running, or all the time when it is in the background.

"For example, an app asking for a user's location for food delivery makes sense and the user may want to grant it the ability to do that," explains Dave Burke, VP of Engineering (Android), Google, in a blog post. "But since the app may not need location outside of when it's currently in use, the user may not want to grant that access. Android Q now offers this greater level of control."

Aside from precise permissions for apps accessing location data, Google has brought some privacy protections to Android Q. Burke claims that the new operating system gives users the ability to control apps' access to the Photos and Videos or the Audio collections via the new runtime permissions. Apps on Android Q also need to use the system file picker to reach the Downloads folder. This would help users decide which files from the Downloads folder the app can access.

Android Q is also designed to prevent apps from launching activity while in the background. "If your app is in the background and needs to get the user's attention quickly -- such as for incoming calls or alarms -- you can use a high-priority notification and provide a full-screen intent," writes Burke.

Google is also limiting access to non-resettable device identifiers such as device IMEI and serial number. Further, the device's MAC address when connected to different Wi-Fi networks by default will also be randomised.

Android Q is also aimed to improve the performance of Wi-Fi connectivity alongside maintaining user privacy through a refactored Wi-Fi stack. There is also new Wi-Fi standard support, WPA3, and Enhanced Open to improve security to some extent. Additionally, there are improvements towards use cases such as managing IoT devices and suggesting Internet connections without asking for location permission.

Alongside the major privacy- and security-focussed changes, Android Q has improvements for foldable devices. There will be the ability to support multi-resume and notify apps when they're in focus. Developers will also be able to manage how their apps will be featured on a foldable and large screen. Moreover, Google is updating the Android Emulator to support multiple-display type switching.

As sharing on Android isn't as smooth as on an iOS device, Google has developed Sharing Shortcuts that is a part of Android Q. This new feature will allow users to simply jump into another app to share content from one app.

To make things easier for developers using the Sharing Shortcuts mechanism, Google has expanded the existing ShortcutInfo API. "This new API is also supported in the new ShareTarget AndroidX library. This allows apps to use the new functionality while allowing pre-Q devices to work using Direct Share," highlights Burke.

Android Q also comes with a new Settings Panel API that allows developers to show key system settings directly in the context of their app. There is a settings panel in a floating UI that provides settings such as Internet connectivity, NFC, and audio volume to users -- all without leaving the app. There are also new connectivity APIs and extended ability to let developers use Android's connectivity stack.

Google has brought a new Dynamic Depth format that will give third-party apps access to add bokeh effects to images. "Starting in Android Q, apps can request a Dynamic Depth image which consists of a JPEG, XMP metadata related to depth related elements, and a depth and confidence map embedded in the same file on devices that advertise support," describes Burke in his blog post.

The addition of Dynamic Depth image functionality could be extended to create 3D images or enabling AR photography on devices in the future. Also, since Google is making Dynamic Depth an open format, device manufacturers are likely to integrate the new experience within their phones based on Android Q.

Google has also brought MediaCodecInfo API and Native MIDI API to enhance the multimedia experience on Android Q. Likewise, there is experimental support for graphics abstraction layer ANGLE on top of Vulkan to enhance the gaming performance and graphics rendering on devices running Android Q.

"Our goal is to make Vulkan on Android a broadly supported and consistent developer API for graphics," says Burke. "We're working together with our device manufacturer partners to make Vulkan 1.1 a requirement on all 64-bit devices running Android Q and higher, and a recommendation for all 32-bit devices. Going forward, this will help provide a uniform high-performance graphics API for apps and games to use."

Android Q also includes a list of improvements to the ART runtime to make app launches faster and let them consume less memory by default, without requiring any additional efforts from developers. There are also 60 new operations including ARGMAX, ARGMIN, quantised LSTM that are specific to the Neural Networks API (NNAPI).

Google is moving towards newer API levels and set to warn users on Android Q with a dialogue box when they first run an app that targets a platform earlier than API level 23. Later this year, Google Play will also make it mandatory for apps to be based on 64-bit compliance.

As Android Police notes, the first beta build of Android Q brings alert options when a user long presses a notification. The Files app on the new Android platform has also reportedly been upgraded with filters and Material Theme tweaks.

The lock screen of Android Q also blurs the background when a music file is playing in the background, as reported by Android Police. Moreover, an option is said to be in place to undo the removal of a homescreen icon.

That being said, we are yet to see what will be the final name of Android Q. Some major interface-level changes are also likely to arrive sometime before its final public release that is expected to take place in early September.

Instagram Back Up After Several Hours, Facebook Still Down for Some
PUBG Creator Leaving the Game’s Development to Lead Special Projects at PUBG Corp