The Beta 6 brings a new sensitivity preference setting for the Back gesture. 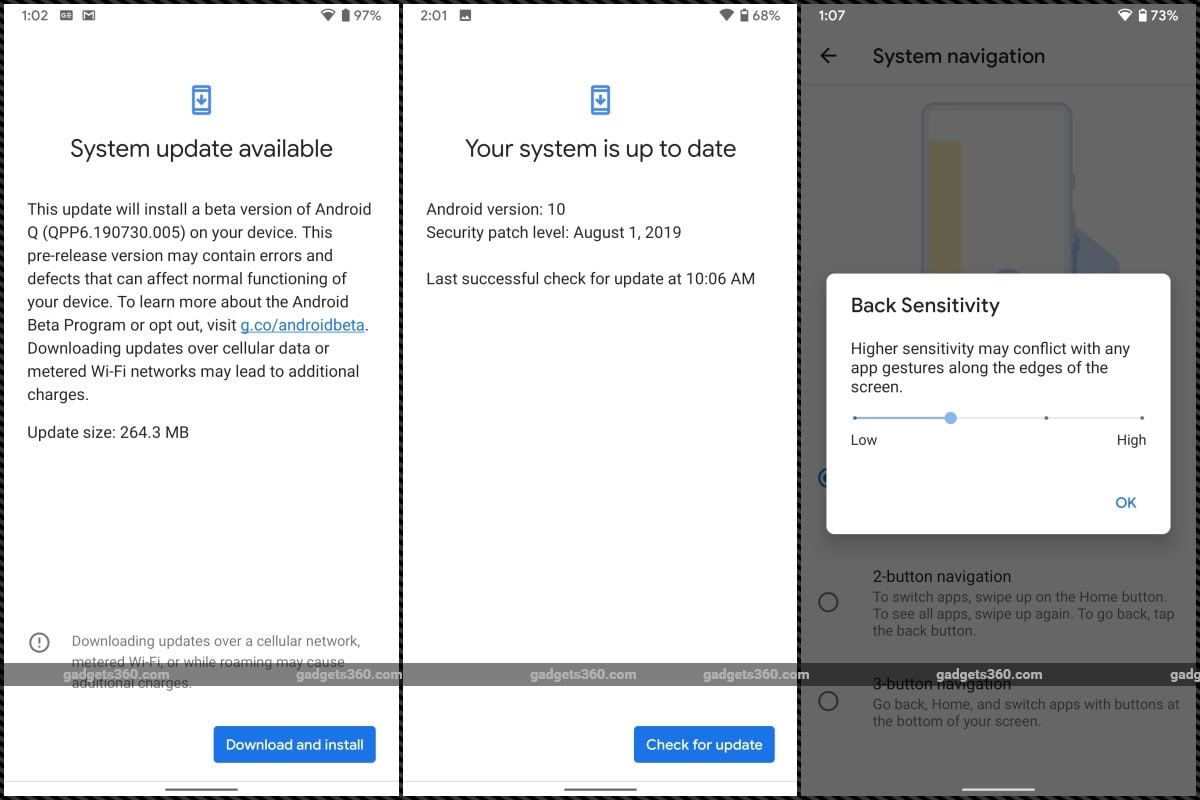 The Final Android Q preview is here. Google on Wednesday released the latest Android Q beta as it prepares to roll out the final release. Google noted that the company is “just a few weeks away from the official release of Android Q”. Android Q Beta 6 is now available for Pixel smartphones while the third-party eligible phones will get it as and when the respective manufacturers release the version over the coming days and weeks.

Other changes in the Beta 6 include the August Android Security Patch as well as fixes for a number of known issues like null text in Settings search, WebView problems, and more. There are still some issues related to various Google apps that are present in Beta 6 and remain to be fixed.

“Although Beta 6 is a near-final release, apps may not always work as expected,” Google wrote in the release notes.

Apart from the Android Q Beta 6, Google has also published the final API 29 SDK and updated build tools for Android Studio. The developer can use these to prepare their apps for the final Android Q rollout.

“Beta 6 includes all of the features, system behaviours, and developer APIs that you'll find in the final platform, so it gives you everything you need to get your apps ready,” Android team wrote in the blog post.

As mentioned, the final Android Q rollout is just a few weeks away and it won't be long before Pixel phones have access to the bright and shiny version of Android without the issues of a beta. There is still no word on what the Android Q version will be officially called. Hopefully, it will be announced before the final rollout.