Google I/O 2015 keynote event saw the introduction of Android M developers preview along with some features and improvements it will be bringing up its launch. While the firm kept the full name of the Android OS a secret, some users started speculating about the name based on the watch face of the Huawei Watch sported by David Burke, Vice President of Engineering (Android), who was detailing the new OS on stage.

According to a high-resolution image clicked by a user at the event and posted on Reddit forum, the watch face of Burke's wearable showed a long glass of milkshake - leading to speculation that the next version of the firm's mobile and tablet operating system will be called Android Milkshake. However, Burke was quick to reply via his Twitter account and addressed the speculations saying that "Rumors of Milkshake are exaggerated. My watch face hack cycles thru' my fav M desserts :)" Burke also posted an image along with the post of four watch faces showing four of his favourite "M desserts", which also included a macadamia nut cookie (the internal codename of Android M, like Lemon Meringue Pie for Android L), milk, and single malt whiskey. 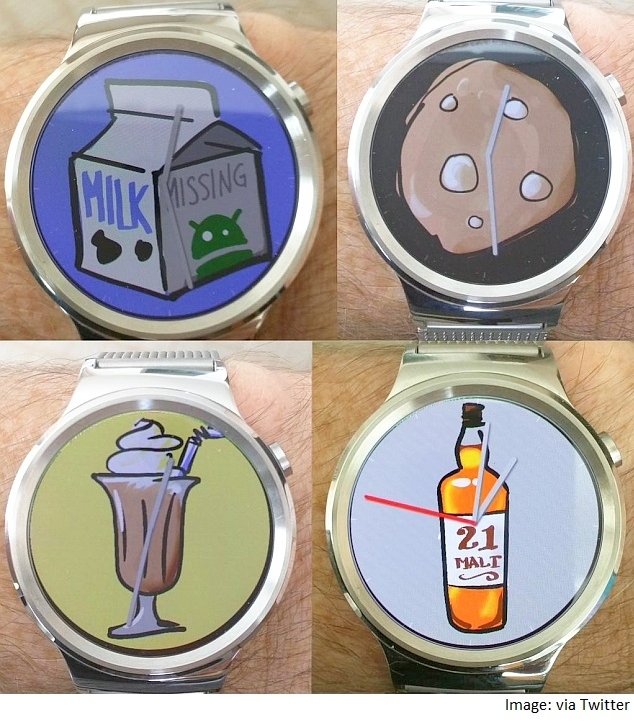 Like with Android Lollipop, the official name of the new OS version will only be revealed at the time of the next Nexus device launch, expected in October. Google at the event stressed that for Android M, the company has focused on improving the core experience of Android and has made some changes to the fundamentals of the platform apart from fixing several bugs. The company also revealed that this time it will provide a clear timeline for Android M Developer Preview for testing and feedback to the preview build.

Some of the features that will come with Android M are granular app permissions, Android Pay, native fingerprint support, a new RAM manager, and USB Type-C support.