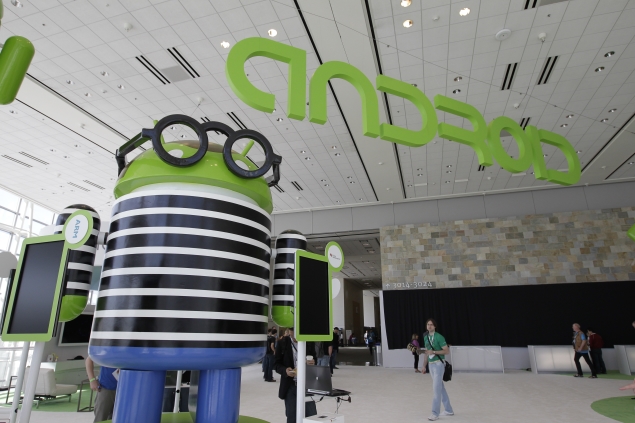 The Google Android system extended its gains over Apple's iPhone globally in the last quarter of 2013, and Windows Phone grabbed the number three market position, a survey showed Wednesday.

The IDC survey found Android had a 78.1 percent share of global smartphone shipments in the fourth quarter, bolstered by a 40 percent jump in the number of handsets delivered.

Apple got only a modest boost in the fourth quarter from the release of its new iPhones, with sales up 6.7 percent compared with a year earlier. That means its market share slipped to 17.6 percent from 20.9 percent, according to IDC.

The Microsoft Windows Phone platform saw a 46.7 percent year-over-year rise in sales, which pushed its market share to three percent.

BlackBerry saw its woes intensify with sales falling 77 percent from a year earlier and the market share sliding to just 0.6 percent. Moreover, IDC said most of the sales were older devices using the BlackBerry 7 operating system instead of the newer BB10.

IDC said that with many markets becoming saturated, the landscape will be tougher and more competitive, with vendors looking to cut prices.

"While the market moves downstream to cheaper products it makes sense for Samsung and others to continue their marketing investments geared toward high-end products. These efforts build crucial brand perception while having less expensive alternatives that closely relate to these top products helps to close the deal."

For the full year, Android's market share was 78.6 percent to 15.2 percent for Apple's iOS, 3.3 percent for Windows Phone and 1.9 percent for BlackBerry, IDC said.