According to a report by Xperiablog, Sony is now pushing out Android 5.1.1 Lollipop firmware with build number 14.6.A.0.368 to the three Xperia devices. The update primarily brings fixed for Stagefright vulnerability. Currently, the update is available in select regions and is likely to be released for more regions soon. 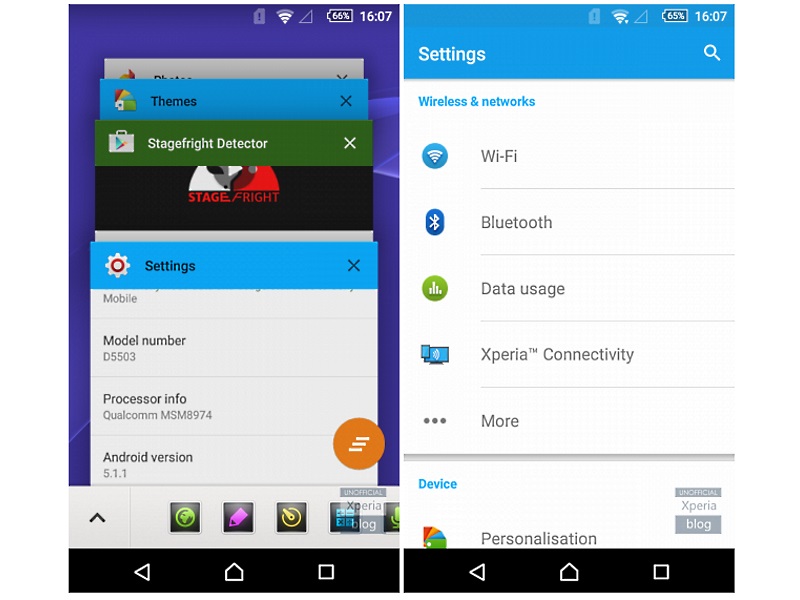 While the official changelog for the Android 5.1 Lollipop update is not available, the report has posted a changelog which includes improvements to volume and silent mode control; integration of LinkedIn with Calendar and Contacts app; camera focus, speed and accuracy improvements in superior auto mode; enhanced enterprise support for Xperia; instant calendar events which allows to create and share smart events directly from email; calendar agenda in email; richer Xperia themes; new Settings menu icons, and additional options for Wi-Fi and Bluetooth in notification menu. The Android 5.1.1 update is also said to bring support for clicking images with the help of Sony SmartWatch 3, as now users could use the SmartWatch 3 as a remote shutter button.

The mid-range Sony Xperia T2 Ultra Dual, which was launched last year at Rs. 25,990, is also likely to receive similar features with the Android 5.1.1 Lollipop update.